There’s a lot to be said for Number 2 on an around the world ticket. It can even outshine Number 1 simply because it’s passed over by those looking for “the best”. Number 2 is your own private thing, the choice without the noise and chaos that comes from being on top.

Let it be known I don’t mean to say that the common stops should be omitted because they’re popular. The reasons for going there leap out at you in full color from brochures and posters everywhere. But while the Number 1s may have time-tested reasons to visit, those looking for authenticity may end up disappointed.

Expectations are tough to live up to when cutting through the other travelers—the mobs and the industry built to accommodate them can taint your experience pretty quickly.

I’ve put together a list of commonly requested cities in RTW itineraries, followed by those you should visit as an alternative (or even an addition).

While these recommendations may be more expensive to have in your itinerary (major cities tend to have least impact on price) the experiences gained by visiting these alternatives can be priceless and should make any added expense completely worthwhile.

When people decide on Australia they immediately flag Sydney as their point of interest. The Sydney/Melbourne rivalry has been around forever, but here’s why you should visit Melbourne: it’s not Sydney. Where Sydney is flashy, Melbourne is earth-toned. It’s more community-centric and has a definitive laid back vibe. It’s compact and walkable/bikeable and in a lot of ways more “European” than its east coast counterpart. 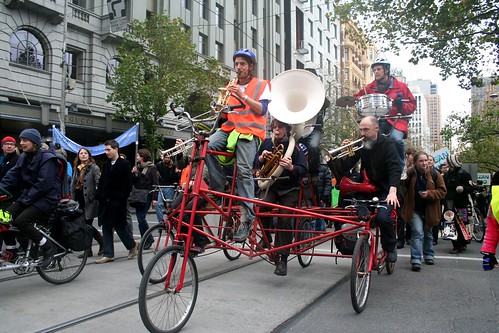 It’s a South vs. North scenario! But many people say the South Island wins this contest, hands down. Auckland is the typical gateway to New Zealand but lacks the superior scenery of the South, and a lot of travelers fail to venture there, simply because they don’t think to. Christchurch will never cease to impress. It has a small town feel, a friendly populace and majestic surroundings not far from the city limits. It’s also easy to continue on to your next country with nonstop flights to Australia. 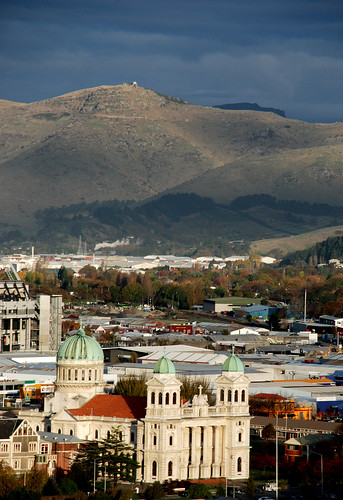 Bali is usually Indonesia’s solitary stopover, which is unfortunate due to the wealth of scenery outside of that single island. Cross the strait east to Lombok. As the tourist board promotes, Lombok is “an unspoiled Bali” and embraces it casually, with loose hands. While not on par with Bali’s nightlife or development, if you want authentic Indonesia without the westernization (or the clubbers), you’ll get it here. Nothing happens quickly in Lombok. 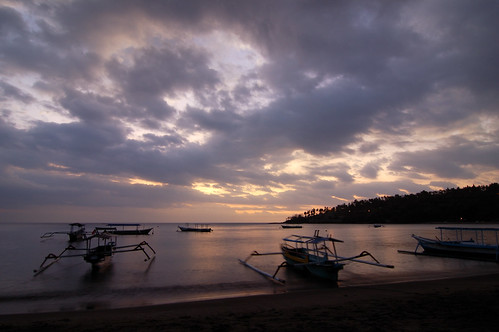 The typical Bangkok itinerary goes, arrive in Bangkok, then go to Phuket. Do yourself a favor: avoid the parade and take the hour flight or a train ride to Chiang Mai, Thailand’s “Rose of the North.” High mountains, rivulets and waterfalls surround the city, so you can trek to your boots’ content. Or else stay in town and take in the Night Bazaar for some shopping, sample the street food and get that “Land of Smiles” experience you couldn’t find in Bangkok. 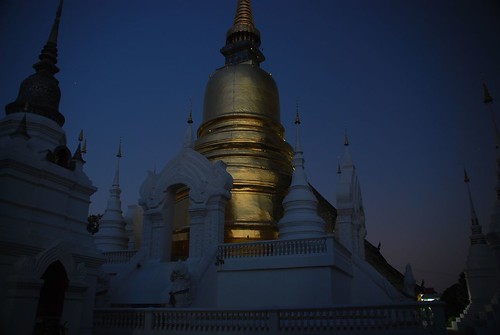 Kyoto is Japan’s ancient, historic capital and is in many ways the postcard perfect city you envisioned when adding Japan to your RTW trip. Since it was spared the bombing raids of WWII, much of its architectural beauty was preserved. Countless shrines, temples and historic structures make it the better Japanese alternative. Also very close is Nara (less than an hour by train) and this year is celebrating its 1300th anniversary.

Delhi – Jodhpur and the Rajasthan Region

Delhi is usually people’s automatic reaction when thinking of India, but the brightly colored, aromatic India you dreamt about when planning your trip is along the bottom of the Golden Triangle. Jodhpur for some respite from the chaos of the city, explore the villages of the province by train or bus. Don’t forget to bring your camera (and your taste buds). 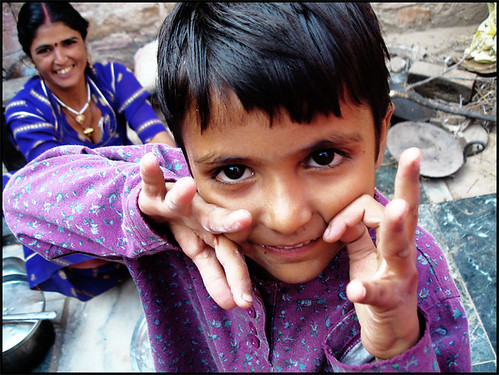 Contrary to popular belief Ethiopia is actually a very low-crime country, and Addis Ababa is generally considered to be one of the safest cities in Africa, with most of the crimes reported to be of the non-violent variety. This ancient town is an excellent alternative to the common choice of Nairobi be it for history or exploring the depths of the East African culture. Explore it, and give it a few days. It has a bustling arts scene and the largest open air market in Africa, the Mercado, which is reason alone to appreciate the choice. Per Lonely planet: “It won’t be long until you say ‘Addis’ like you were talking about an old friend..” 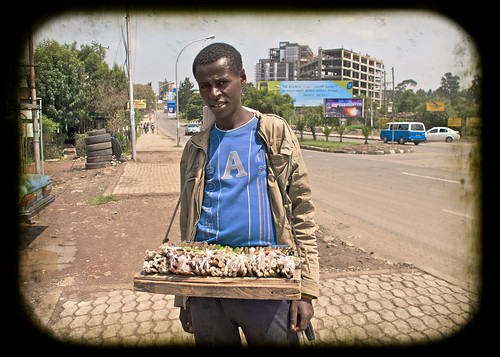 Sure, it’d be foolish to visit Turkey on an around the world ticket and not go to Istanbul, but there’s much more to the country than the famed city of the North. Cappadocia has been an important population center since the time of the Hittites (dating long before the birth of Christ) with its surreal landscape being its centerpiece. Volcanic upwellings and wind erosion helped to create the trademark “fairy chimneys” of Cappadocia. Caves and clefts were built as “cave churches” and many nooks in the Rose Valley have been transformed into residences and pensions. Stay in a cave suite and have all the conveniences you’d expect from a 21st century accommodation.

While Tel Aviv is striking and a vastly important city in world history, the Syrian alternative should be considered, if not simply to experience a friendliness and generosity you may never see again. There’s a wealth of ancient and beautiful tourist choices in Aleppo, from the Citadel to the Souq and without even considering its age (it hails from the 3rd millennium BC) you’ll still be rewarded with its welcoming vibrancy. 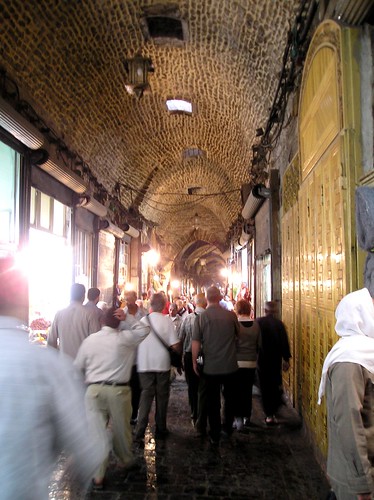 UPDATE: Since the writing of this post, Syria has descended into war-torn chaos. It would be advisable to skip Syria altogether at the moment and try a place like Amman. Jordan is a stable and thriving country and well worth a look.

Head to Fes, it’s the authentic Morocco you’ve been looking for. Get lost in the old town, Fes el-Bali, with its high medieval walls and labyrinthine streets – it’s a Unesco World Heritage Site. For great day trips out of Fes go to Meknes, the Roman ruins at Volubilis or the desert dunes of Erg Chebbi. 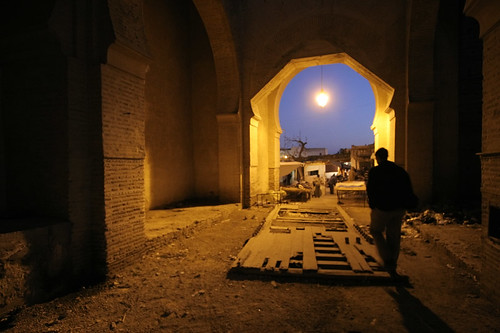 It would be a crime to go to Brazil on your around the world ticket and not stop in Rio, but to get a taste of the true spirit of the country, fly north 2 hours to Salvador. They call it Brazil’s “capital of happiness” with its easygoing citizens and crazy flamboyant parties. Perfectly swimmable beaches are in and around Salvador and are sure to etch your memory banks with their lazy sun-licked days. According to the Guardian in 2007, Porto da Barra Beach was ranked the 3rd best beach in the world. Salvador’s Carnaval is definitely the nation’s biggest, averaging two million people all converging on the streets, avenues and squares for the week-long February celebration. 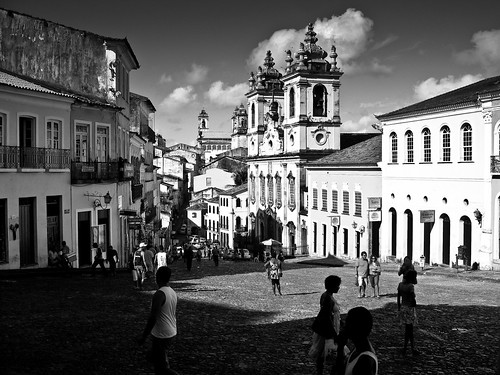 If you have any suggestions about off-the-track destinations, leave your hints and secrets in the comments section, or if you want to include any of these places in a Trip Planner itinerary, click the banner below (sometimes smaller towns may not appear on the map. If not, call a travel consultant to add the city to your quote).