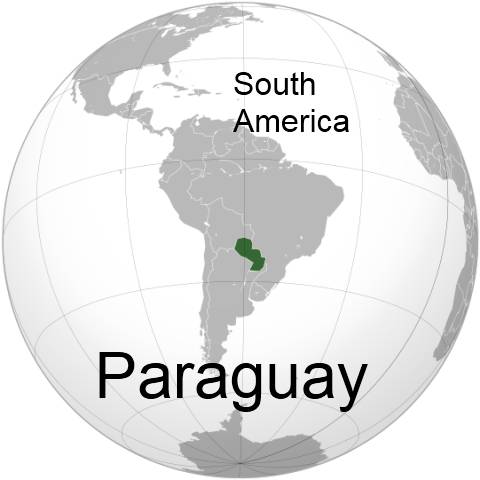 From the South America section of the Indie Travel Podcast

We’ve spent the last week traveling in Paraguay, so thought we’d share our Paraguay travel advice with you!

To listen to this podcast, hit play or find episode 214 for free in iTunes:

Travel in Paraguay seems to be a topic that no-one really talks about, but we’re befuddled as to why. We certainly really enjoyed it, and would go back if the opportunity presented itself.

We talked about getting a visa and the Ciudad del Este border crossing in the travel forum – check there for details.

After entering Paraguay at the Brazil-Paraguay border, we visited…

This modern city is Paraguay’s second largest, and one of the biggest commercial developments in South America. The central city, at least, feels like one giant collection of malls and stalls. If visiting from Foz do Iguacu for the day, you do not need a visa, or even a stamp in your passport, to enter Ciudad del Este (often contracted to “CDE” on local timetables) — as long as you leave via the same border crossing.

There are three main attractions in Ciudad del Este: shopping, the Itaipu dam, and the Hito Tres Fronteras.

By far the biggest attraction is the shopping. Hundreds, if not thousands, of Brazilians arrive every day for the tax-free clothing, electronics and other things on sale. From street stands to modern, air-conditioned malls, the center of town has little beyond shops, currency exchange stalls and a few restaurants to keep you going. If you visit Ciudad del Este just for the day, you don’t need to get a visa … just don’t stray too far from town.

The Itaipu Dam is the largest hydroelectric dam on earth*: its yearly output could power the entire world for two days. This is a shared project between Paraguay and Brazil, and you can visit on both sides. However, it’s free to visit on the Paraguayan side: and the 20 minute bus out there costs less than a dollar.

The Itaipu Dam sits between Paraguay and Brazil

The visit starts with a 20-25 minute video, in Spanish, showing the development of the dam, its technology, and how it influences life in Paraguay and Brazil. A little technical, but still very interesting. After that, a bus will drive along to a lookout, then circle through the dam complex without stopping. Views from the windows — the dam, massive power lines, and the great Itaipu lake — are impressive on both sides of the coach.

Make sure to time your arrival with one of the documentary showings: at 8am, 9:30am, 2pm and 3pm Monday to Friday, with an extra showing at 10:30am on Saturdays as well as the other times. On Sunday your only options are morning ones: 8am, 9:30am and 10:30am.

The rivers Iguacu and Parana separate Paraguay, Brazil and Argentina — and each country has a viewpoint where each country can be seen over the river. Even though it is just a short, cheap bus ride from town, we didn’t visit Hito Tres Fronteras on the Paraguayan side, having visited in Argentina. Seeing Paraguay from Argentina at the Hito Tres Fronteras

The small southern city of Encarnacion was a real highlight of our time in Paraguay. It’s a colonial town with a lovely main square, complete with a miniature Japanese garden. The walkway down by the river, where you can look out at the skyline of Posada, Argentina, is currently being re-developed and will look great by the time the southern summer arrives.

The main attraction near Encarnacion is the sheer amount of Jesuit ruins around the place (Encarnacion itself is built over a Jesuit settlement). During the 17th and 18th century, Jesuit communities gained power, financial and cultural influence, and a high degree of autonomy from the Spanish crown. A main center of their power was modern Paraguay, with extensions into modern Argentina, Brazil and Bolivia (although it was all Paraguay back then). The Spanish grew quite nervous about this, and expelled the Jesuits from all South America in 1767. The Ruta Jesuitica is a tourism route through dozens of ruins, but we visited the two UNESCO world heritage sites, Jesus de Tavarangüe and Trinidad.

Jesus was abandoned, unfinished at the time of the expulsion – meaning what we see today is almost exactly as they were left in the late 18th century.

The unfinished church at Jesus Within the church, looking towards the cloisters The unfinished schoolrooms stretch from the church

Trinidad was a large community, probably serving over 300 Jesuit and Indian families. The quarry nearby — which also supplied rock for Jesus — is also able to be visited. Looking towards the main church from the bell tower Column of a cloister, with the squat, fortified bell tower

The capital of Paraguay was our final stop, and we’re glad it wasn’t our first. While we found people to be friendly and the cities to be safe and clean in other parts of Paraguay, Asuncion was run down and people more reserved and difficult to talk to.

We caught the bus out to the huge botanical garden and zoo at the city’s outskirts. The area is a great place to spend a lazy day, with a few wandering snack and drink salespeople to keep you going. The zoo has a large collection of endemic animals kept in constricted, but clean, habitats. And, for some reason, an ostrich. Entrance to the Botanical Garden, Asuncion

There are museums, grand buildings, shopping markets and everything you might expect in a busy South American city, but nothing to really catch your eye or make things memorable — although we did keep noticing fading art deco facades.

Thoughts on travel in Paraguay

Our world fact book claims that Paraguay and Bolivia have a very similar GDP, but our experience of Paraguay was that it was much more affluent and faster-growing than its Andean neighbor. There seems to be more indigent people living in Asuncion than the other cities we visited, and there are large areas of farmland that provide little more than sustenance living for its workers … so maybe those stats are true. All in all, we felt very safe traveling in Paraguay, even when walking the streets in the late evening or on long bus trips. While we’ve heard reports of some scams, we encountered none at all. We never felt threatened, hassled or oversold because we were foreigners … which was a nice contrast with our time in Bolivia.

Paraguay’s a great destination, with lots more to see. There are wonderful natural sites, an intriguing and accessible modern history, and is very well priced. I really don’t know why more people don’t visit, so plan to go soon before tourism really picks up.