Our travel experts will be in touch and can provide you with all the need to know information on getting down to business and exploring in these beautiful locations. 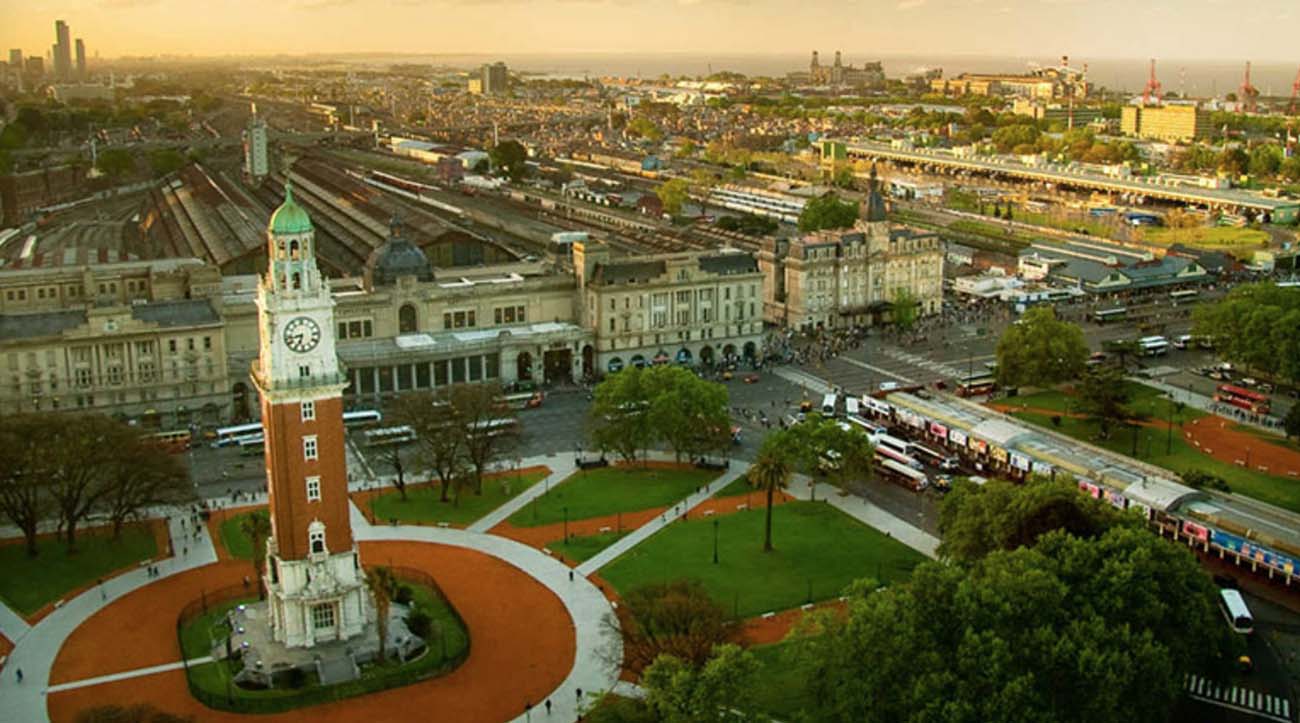 Buenos Aires is a mix of old-world and new. The plazas and architecture would look at home in Europe, but there is no mistaking the South American flavor of this vibrant and cosmopolitan city. Whether you’re shopping for a new look in Palermo, learning a few sultry Tango steps, or sipping a local malbec while you enjoy some of Argentina’s famous steak, there’s plenty to keep yourself entertained year-round. But more than just a hedonist’s playground, Buenos Aires is one of the largest cities in South America and is the center of Argentinian commerce. 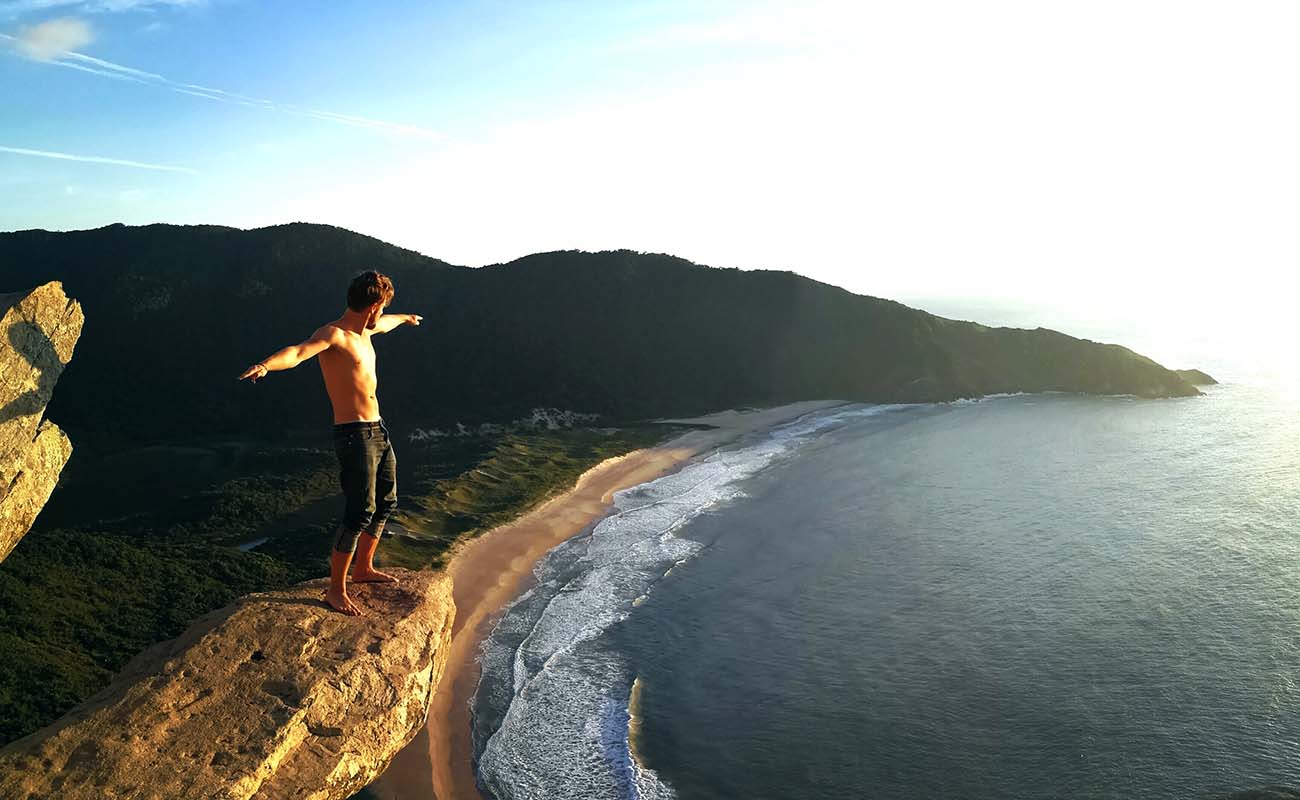 Known locally as “Floripa”, Florianópolis is a juxtaposition of beautiful beaches, lush forests, and the bustling industrial city across the bay. A favorite spot of surfers worldwide, the area offers plenty of activities for those less athletically inclined as well — waterfalls, snorkeling, and laying out with a caipirinha to name a few. 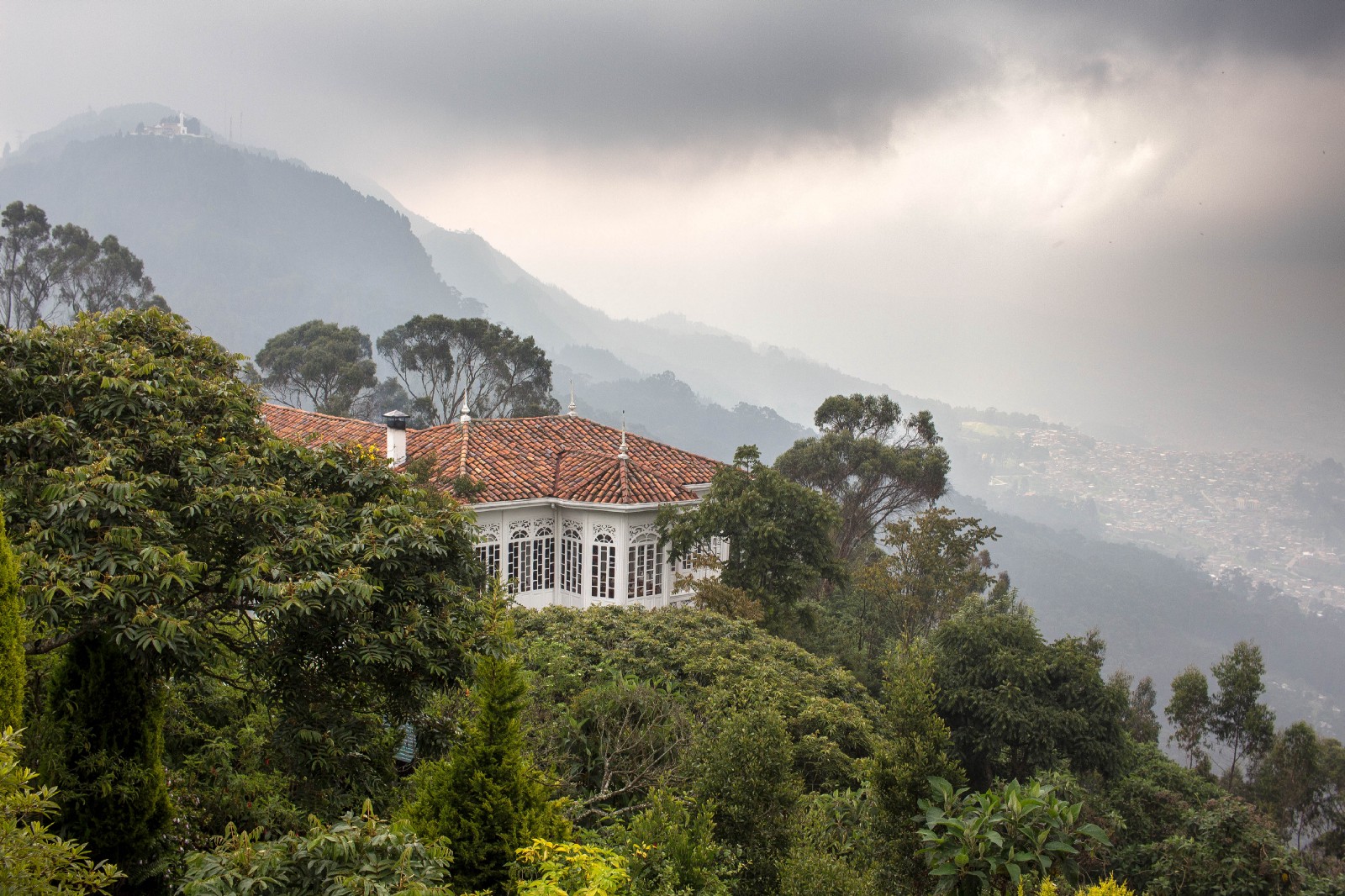 Nestled in the northern reaches of the Andes, Bogotá is the energetic and chic capital city of Colombia. Much of the city’s colonial past lives on in the architecture of its churches, museums, hotels, and cobblestone streets. Rich with bars and restaurants, foodies will find themselves with a multitude of options to choose from before heading out for drinks and dancing. A country rocketing out of poverty, the local economy has grown and diversified greatly in recent decades. 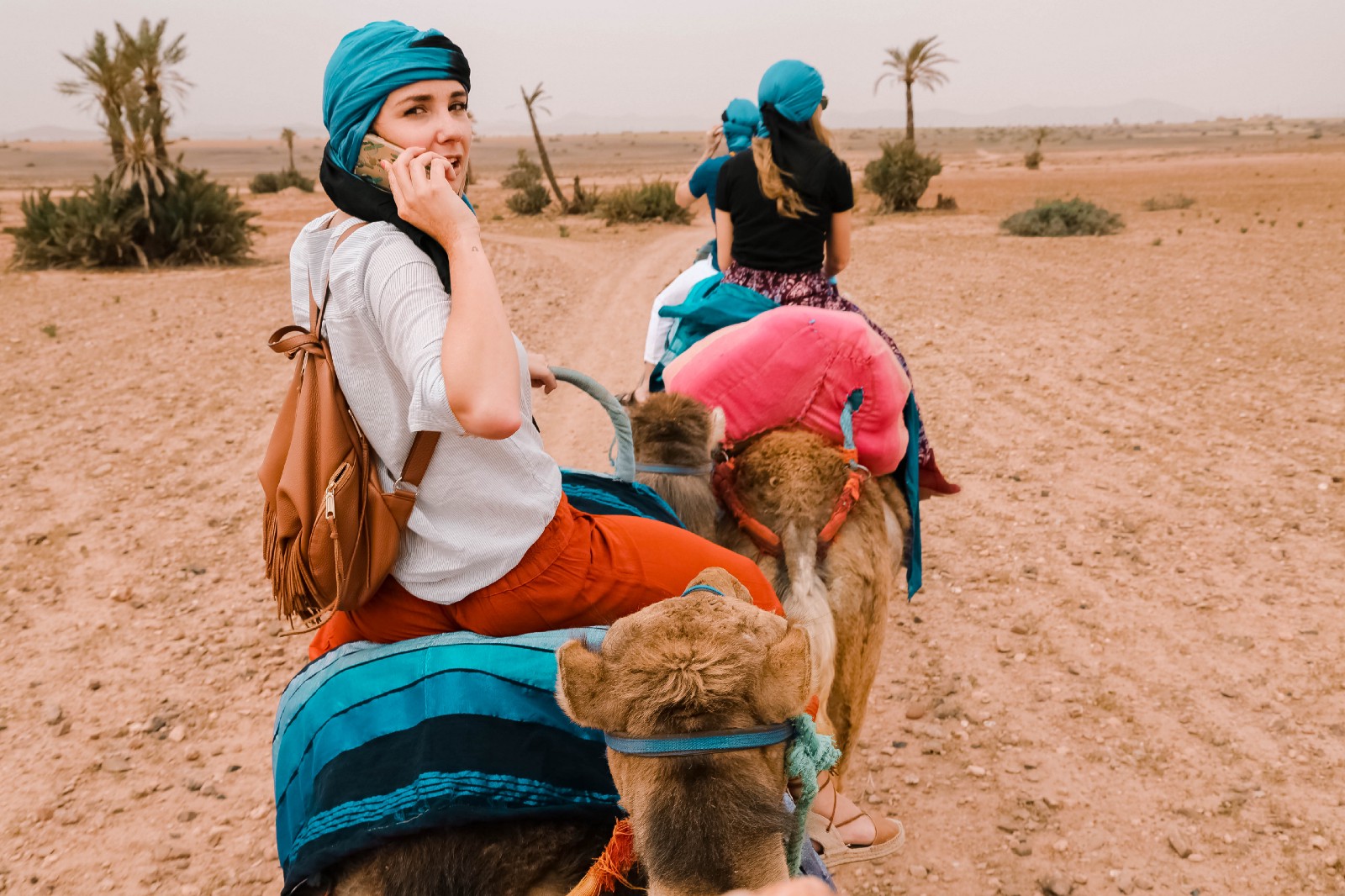 Once a well-known pirate haven, Rabat is now the charming capital city of Morocco. Visit the UNESCO heritage listed medina — or if you’re not feeling up to sightseeing, simply sit and drink the famous mint tea Moroccans use as an excuse to relax and socialize. Herbs and spices are used abundantly and subtly in the local cuisine, so be sure to sample liberally. Although Rabat is the administrative center of the country, the city also has a strong economic presence in the services sector — primarily telecom and finance. 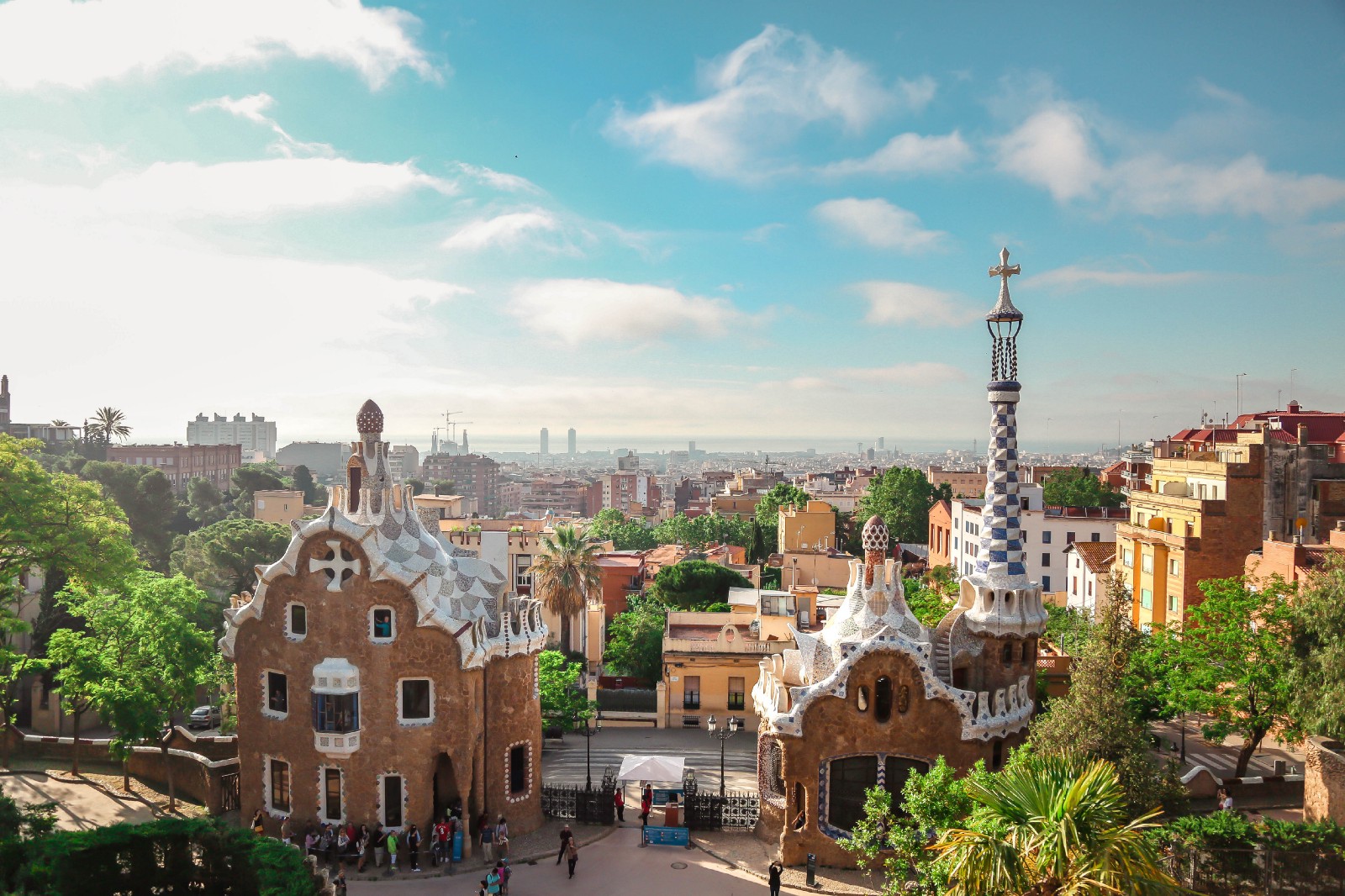 The second largest city in Spain, Barcelona is the tourist capital of the country and also the largest city on the entire Mediterranean. Top rated tapas, inexpensive high-quality wine, clubs open past sunrise — the capital of the Catalonia region of Spain is a worldwide nightlife capital for good reason. Wander over to Sagrada Familia — Gaudi’s famous cathedral; Barcelona has something for everyone’s taste. One of the richest regions in the European Union. Barcelona is a hub of trade, education, entertainment, fashion, and media. 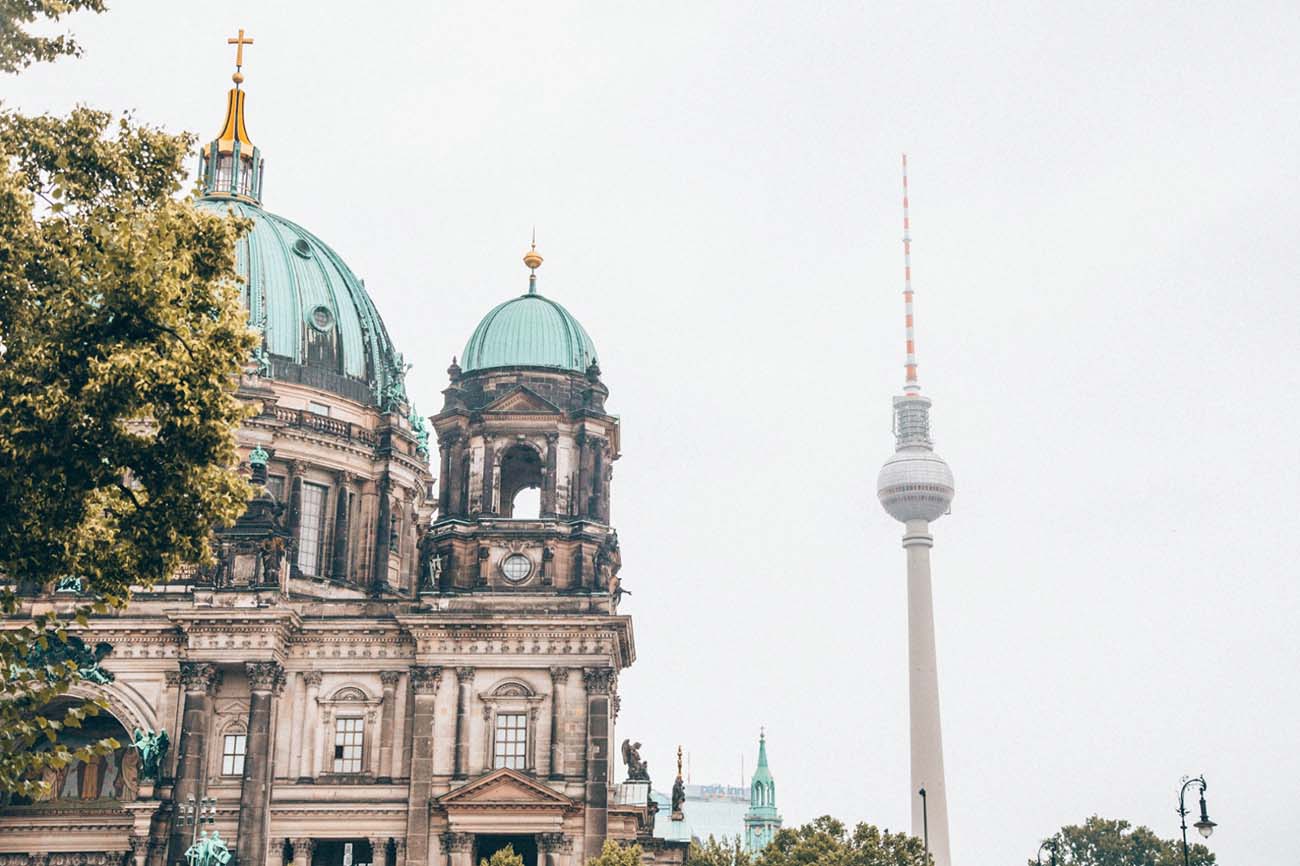 Well-known for its modern architecture, intense parties, and iconic sights, Berlin is the lively and high-tech capital city of Germany. Rich with history, both recent and ancient, Berlin has no shortage of cultural and academic appeal. A world-famous nightlife and festival scene contributes to the draw of this much storied and dynamic city. Berlin is on track to overtake London as the startup capital of Europe, minting dozens of new companies every year. 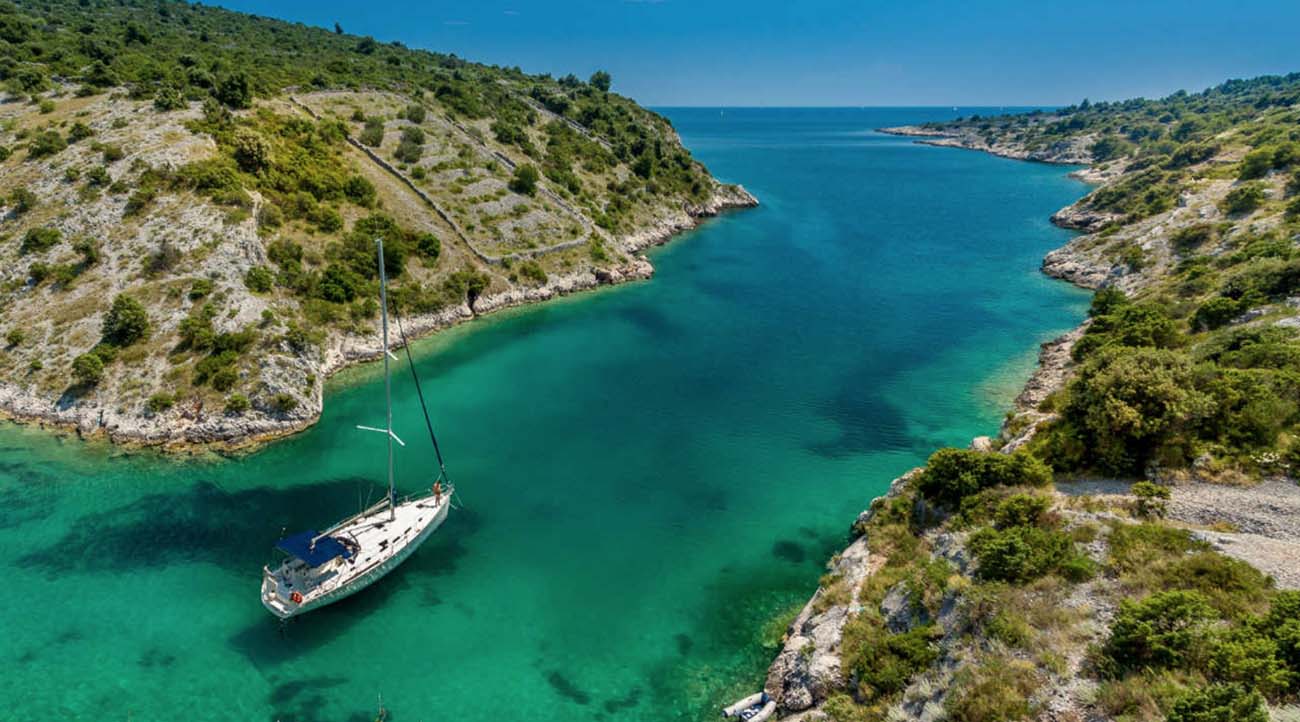 The largest coastal city in Croatia, Split is both the region’s center of trade and a popular jumping off point for the Dalmatian Coast’s many islands. With soaring coastal mountains as a backdrop, Split has everything from Roman palaces to famous seafood from the Adriatic to keep locals and tourists busy. Even better, dozens of islands of all sizes are short ferry rides from the city’s central location. A truly ancient city, Split’s modern economic impact is primarily in the realms of tourism, manufacturing, trade, and the fishing industry. 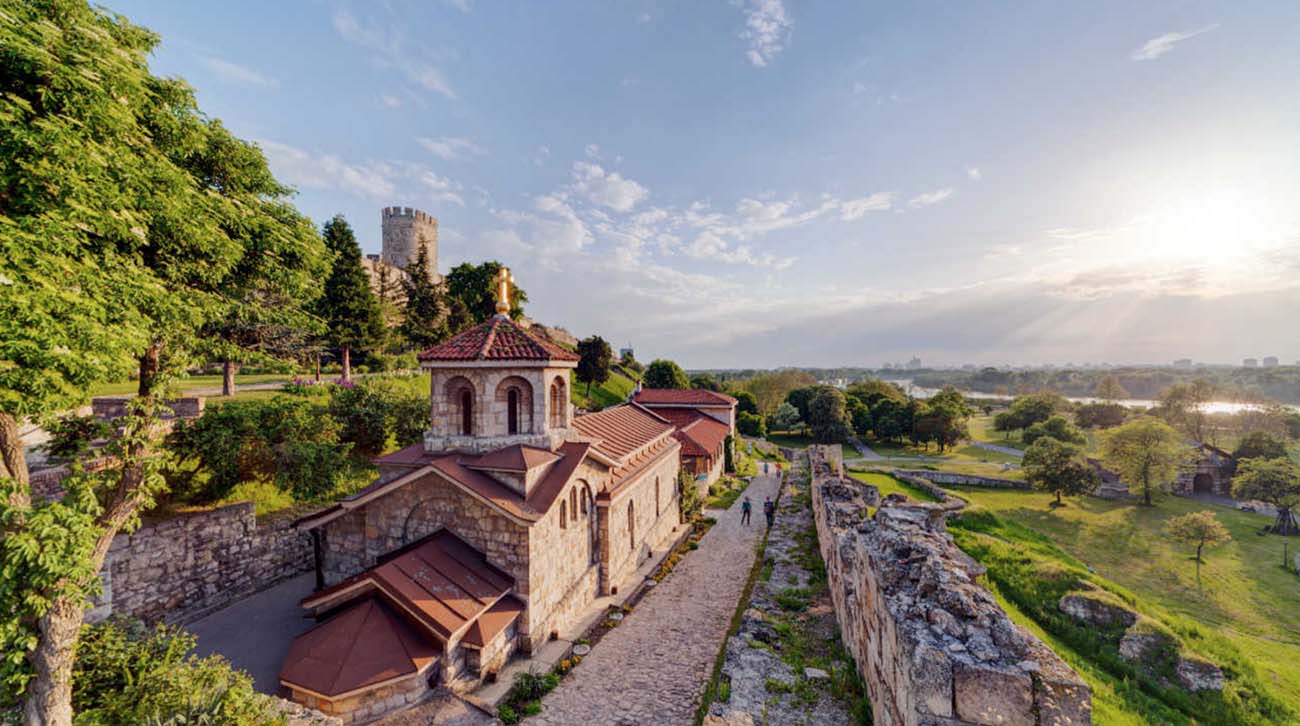 A mixture of eastern and western influences, Belgrade is one of the most up and coming cities in all of Europe. Hapsburg and Ottoman architecture sit alongside each other with the storied Danube flowing in between. A nightlife scene to rival any of Western Europe’s, Belgrade can also provide a quiet afternoon in one of the elaborate coffeehouses along Knez Mihailova. 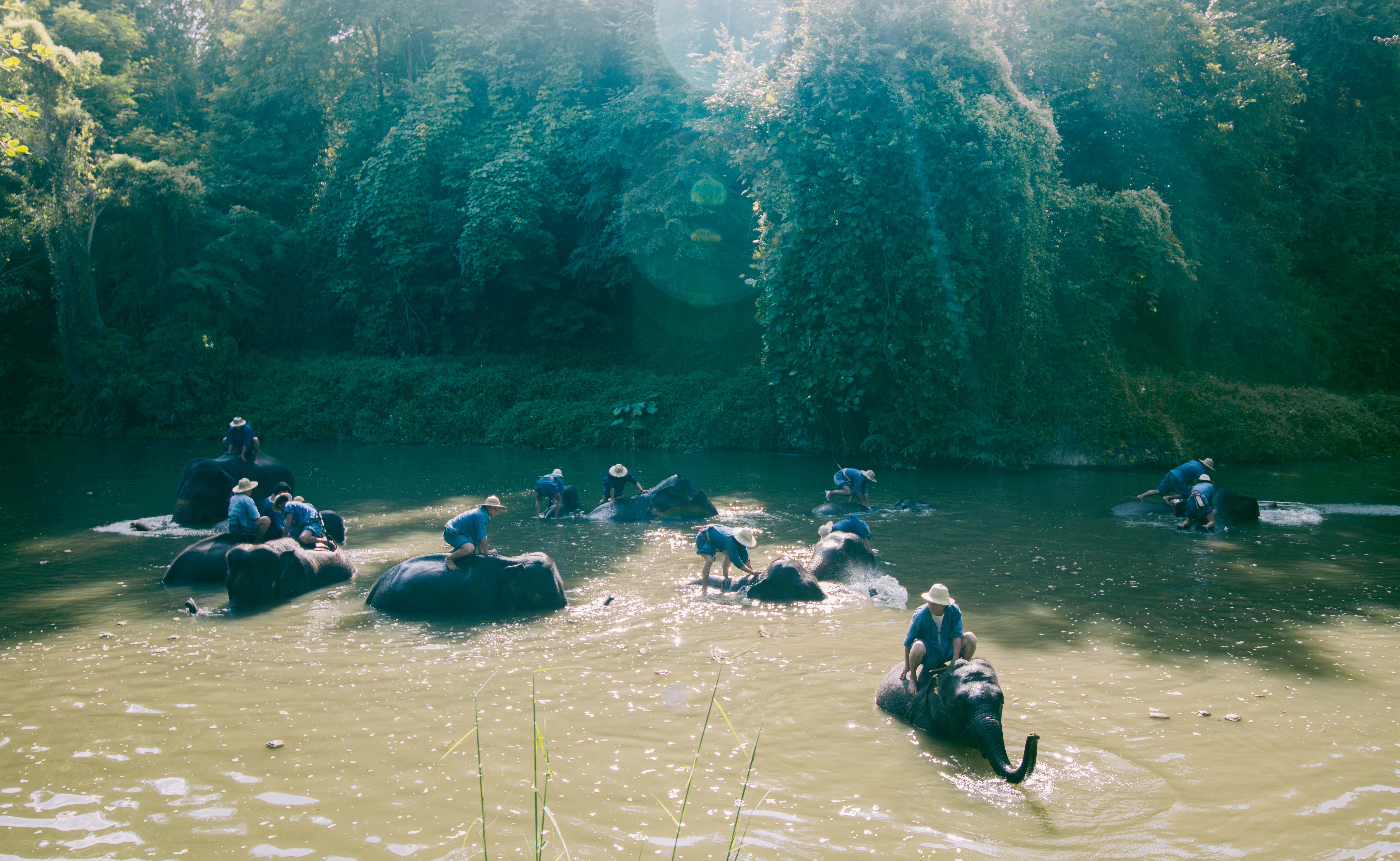 Perched in the mountainous northern region of Thailand, Chiang Mai is the northern capital of the country and maintains a decidedly laid-back atmosphere compared to the wildness of the southern cities. Plan on visiting plenty of temples, as monasteries and stupas abound in the historic city center. Drive outside of the city to experience the green countryside of northern Thailand, or hike up to one of the many waterfalls or hot springs in the region. 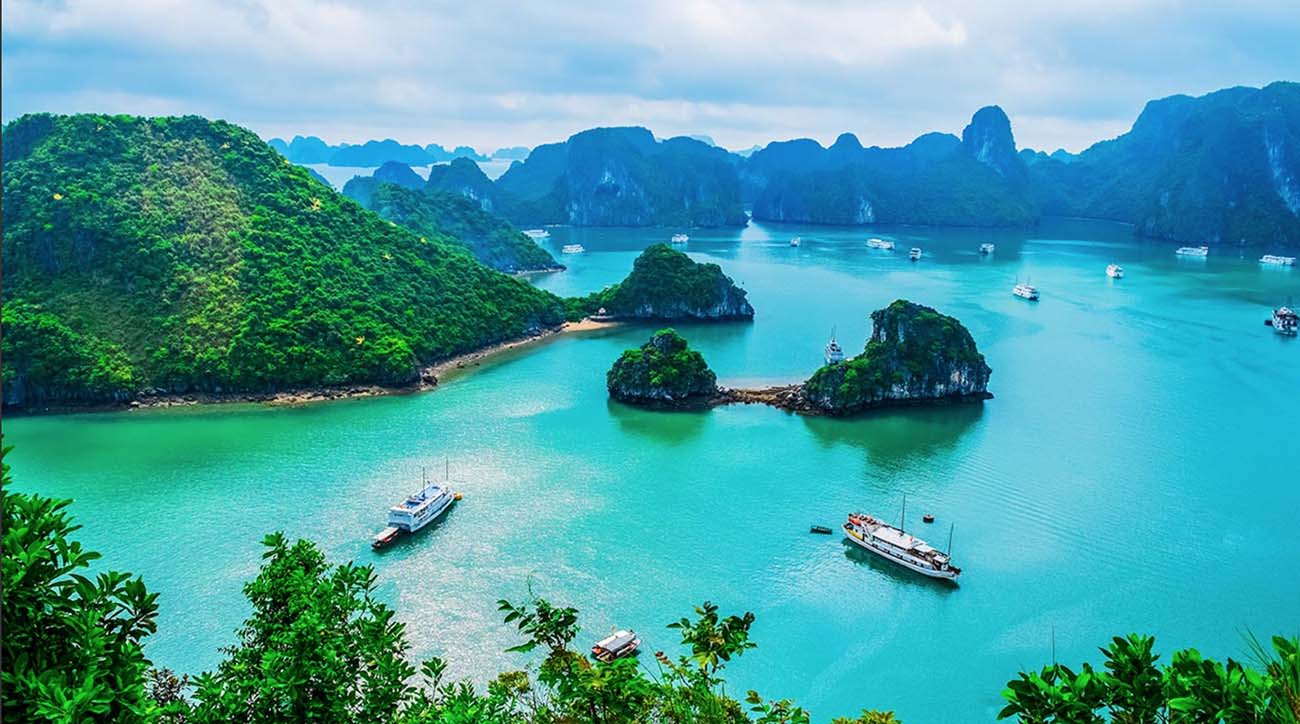 An interesting blend of east and west, enjoy the Chinese and French influences while you explore the capital city of Vietnam. Relatively unscarred despite decades of war and seclusion, Hanoi is currently enjoying a booming economy and robust development surge. Find your way past the honking scooters and trinket vendors to the old city where you can enjoy a noodle snack and bargain with some vendor on local handmade wares. One of the fastest-growing cities in the world, Hanoi’s main industries include real estate, manufacturing, and banking. 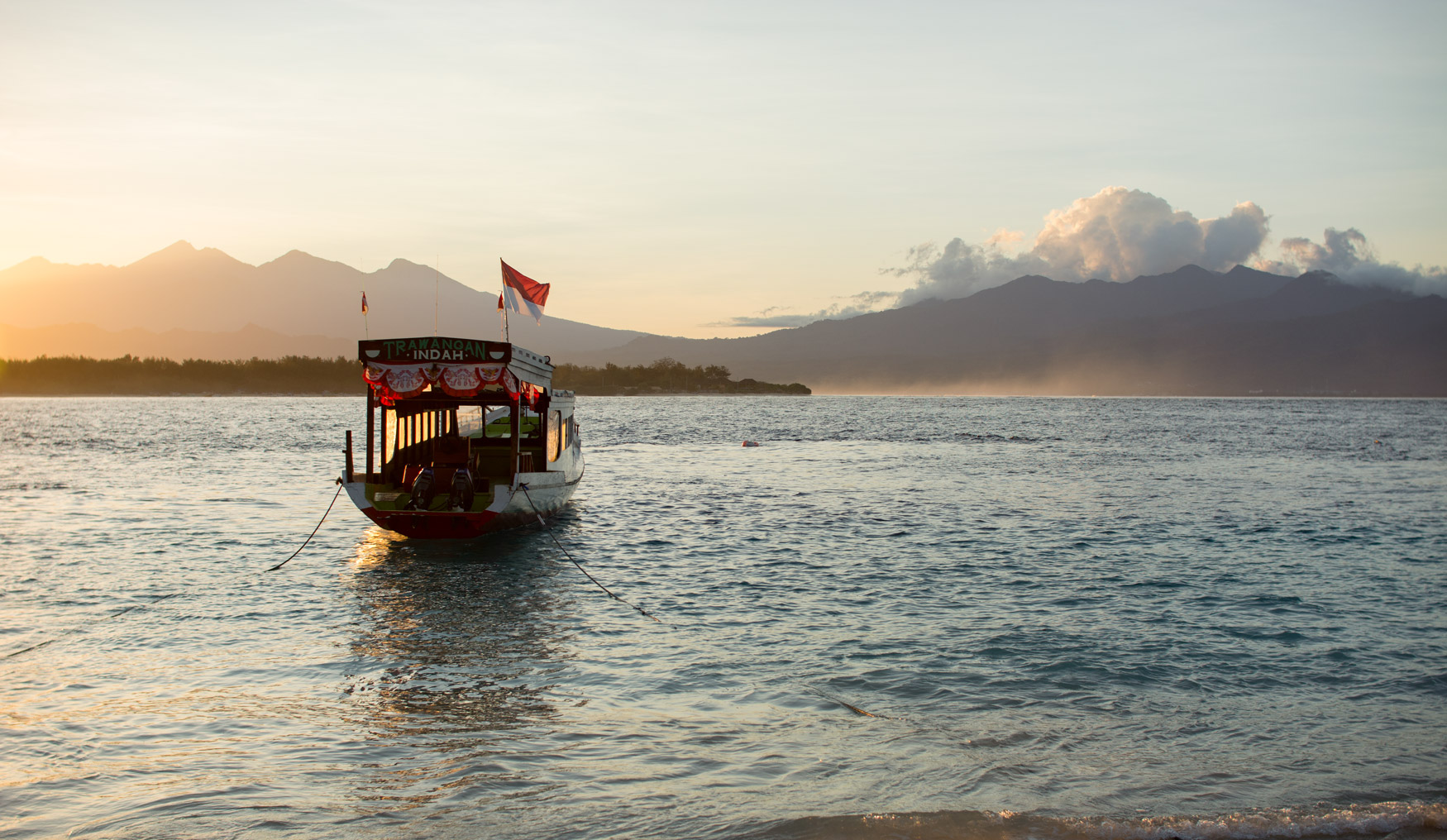 Surfing, diving, beaches, volcanic mountains, jungle, beautiful temples — in short, paradise. Bali has some of the most iconic island scenery in the world, and backs it up with everything from solid nightlife and restaurants to forested retreats that help to escape the hustle and bustle. If that weren’t enough, the locals are known to be some of the friendliest and most colorful personalities anywhere, tempting anyone to stay for longer than they intended. Not that long ago, Bali was primarily reliant on agriculture for survival. Now, tourism has largely replaced agriculture as the main source of income for the Balinese. 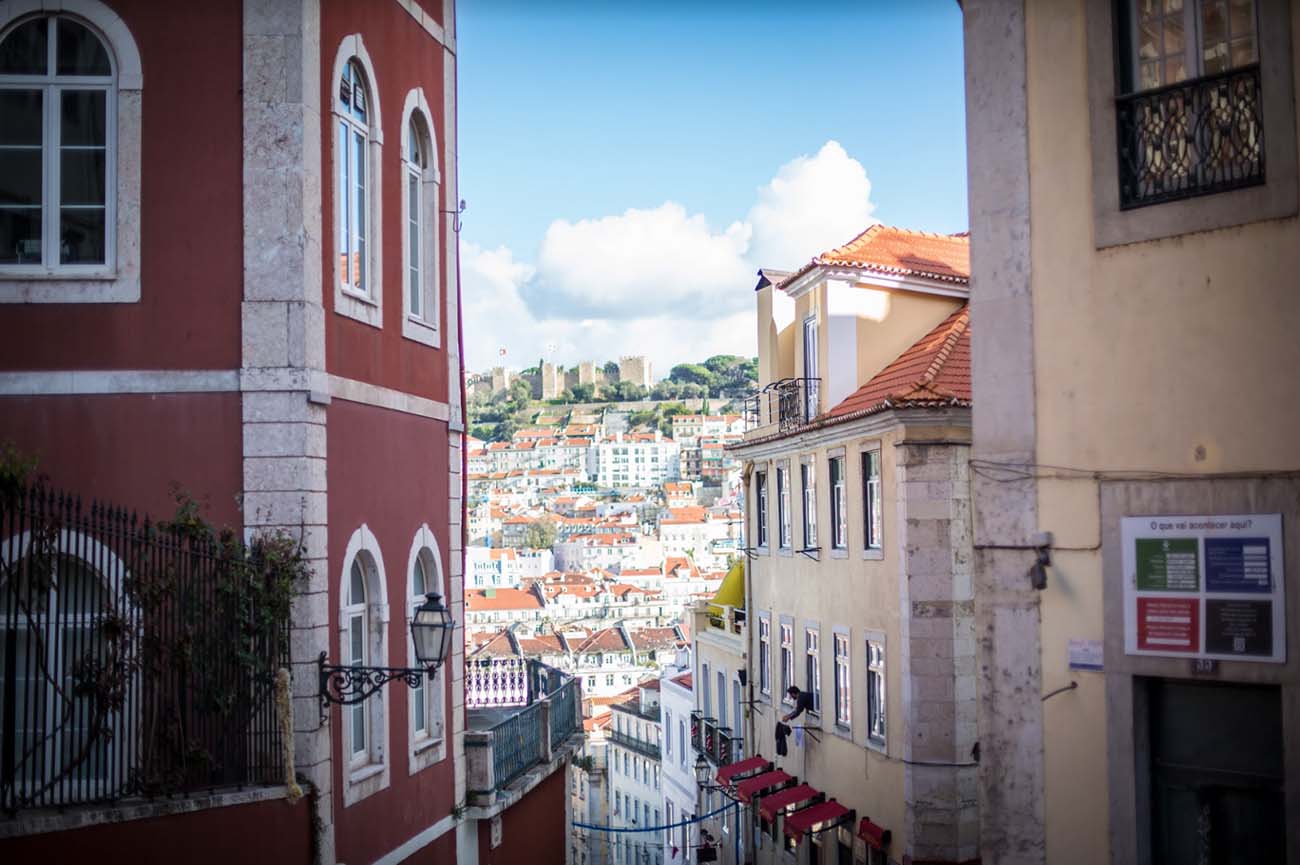 With cobblestone walkways and ancient ruins covering Lisbon’s trademark seven hills, your camera arm will be busy while here. A foodie’s paradise, Lisbon is also famous for its rowdy and vivacious nightlife scene — check out Bairro Alto of an evening. Snap some photos from the famous miradouros (terrace viewpoints) and enjoy wandering the alleys and walkable streets. A historic port and trading center, Lisbon is still one of Europe’s wealthiest and most impactful economic influences. Still the country’s chief seaport, the city has grown rapidly recently and is a hub for the media, technology, finance, and manufacturing industries. 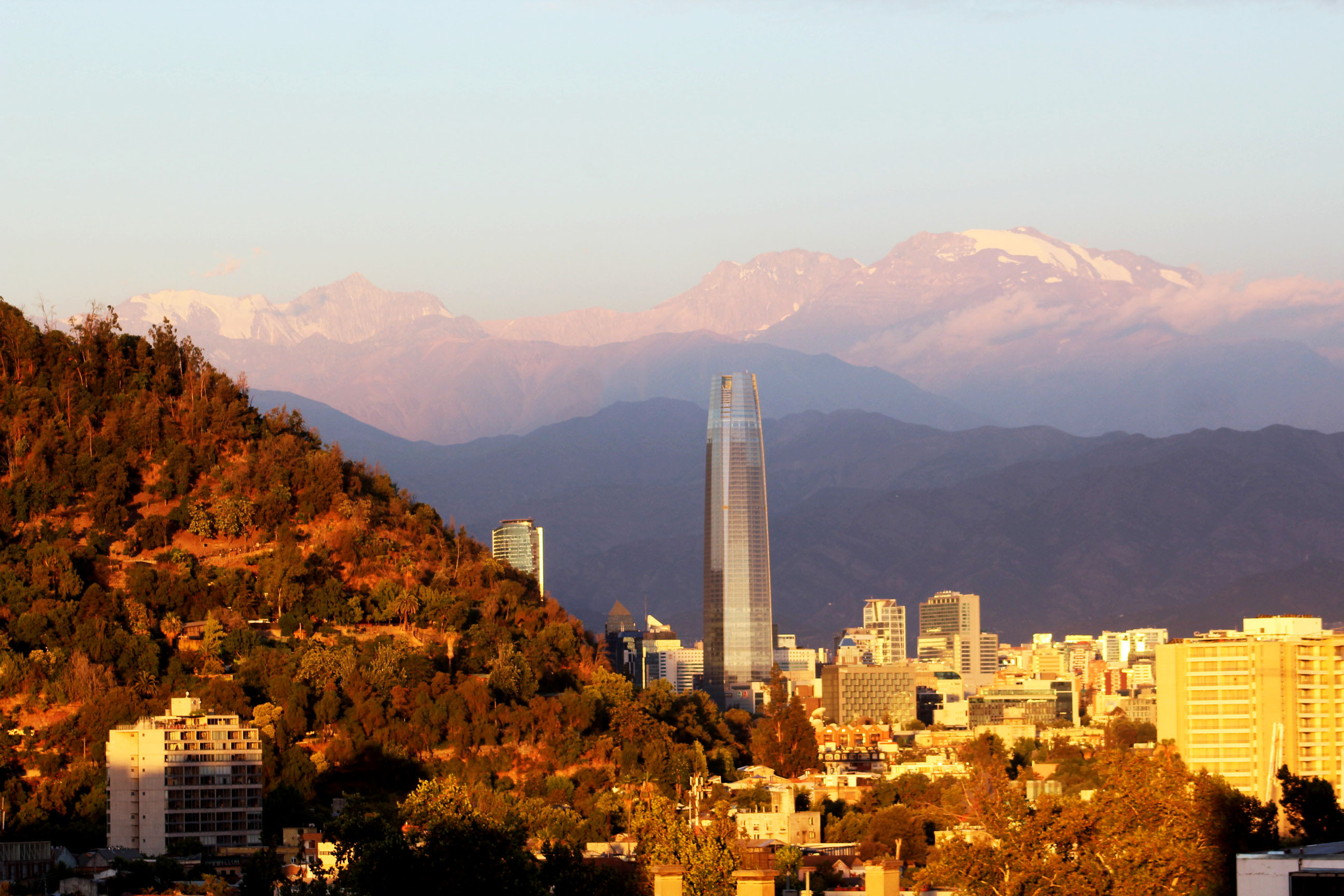 Santiago is nestled in the country’s central valley and boasts a magnificent backdrop of the Andes to compliment the beautiful architecture of the city itself. Enjoy said scenery while lounging in one of the many city parks, or head to the Centro to scope out a museum or two before a dinner at a world-class restaurant in Bellavista. Not only the capital city and therefore the center of administration and government, Santiago is also home to 40% of Chileans and boasts a healthy amount of economic activity — especially in the retail, financial, and mining sectors 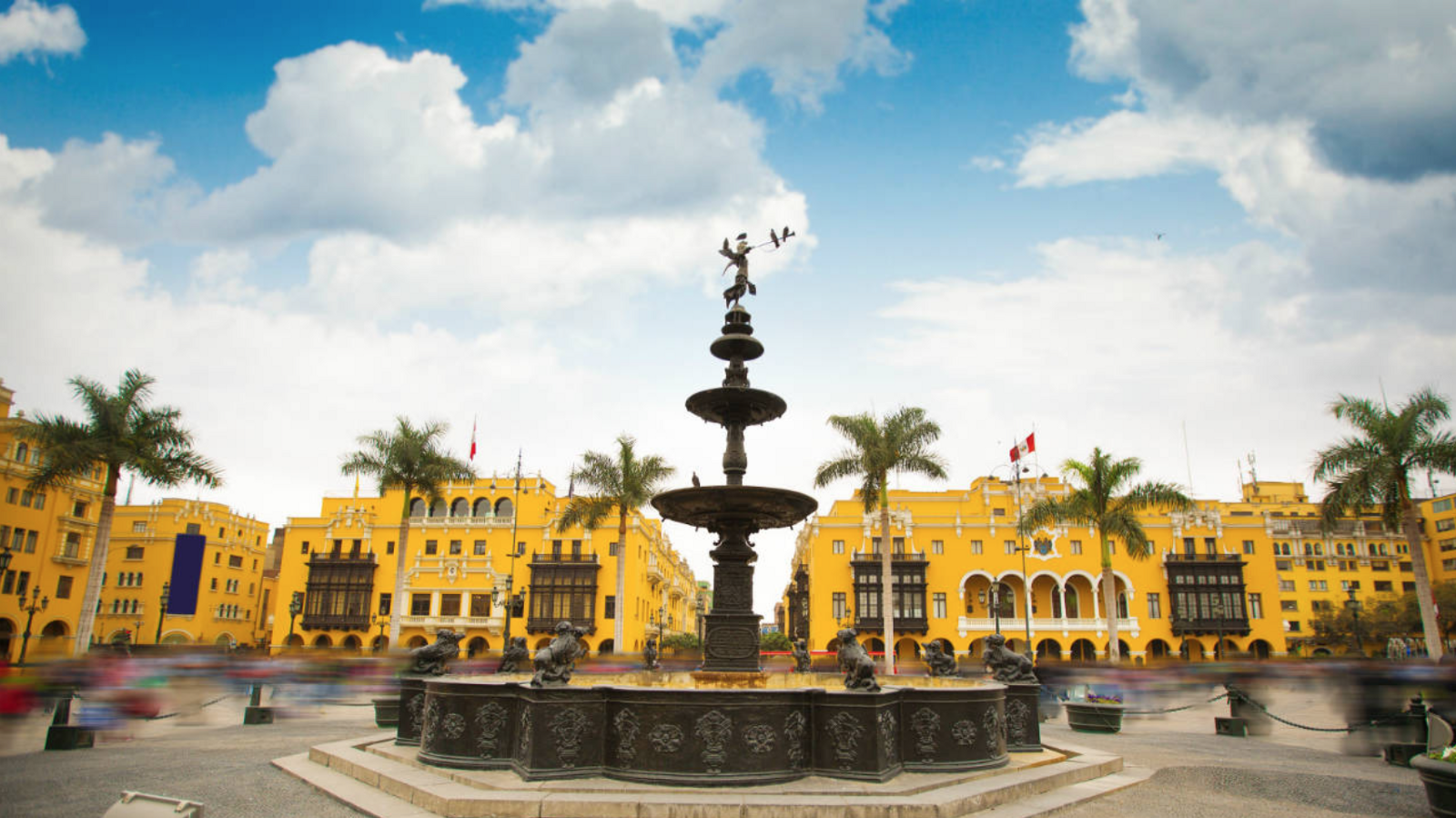 With traces of civilization that span millennia, Lima is an amalgam of sophistication, history, and Latin American excitement. With some of the best cuisine on the continent, Peru has been leading the way in mixing Latin and European flavorings for centuries. Perched on the cliffs overlooking the Pacific, Lima is a diverse and constantly morphing city. The industrial and financial center of Peru, Lima is responsible for over two-thirds of the country’s production capacity. 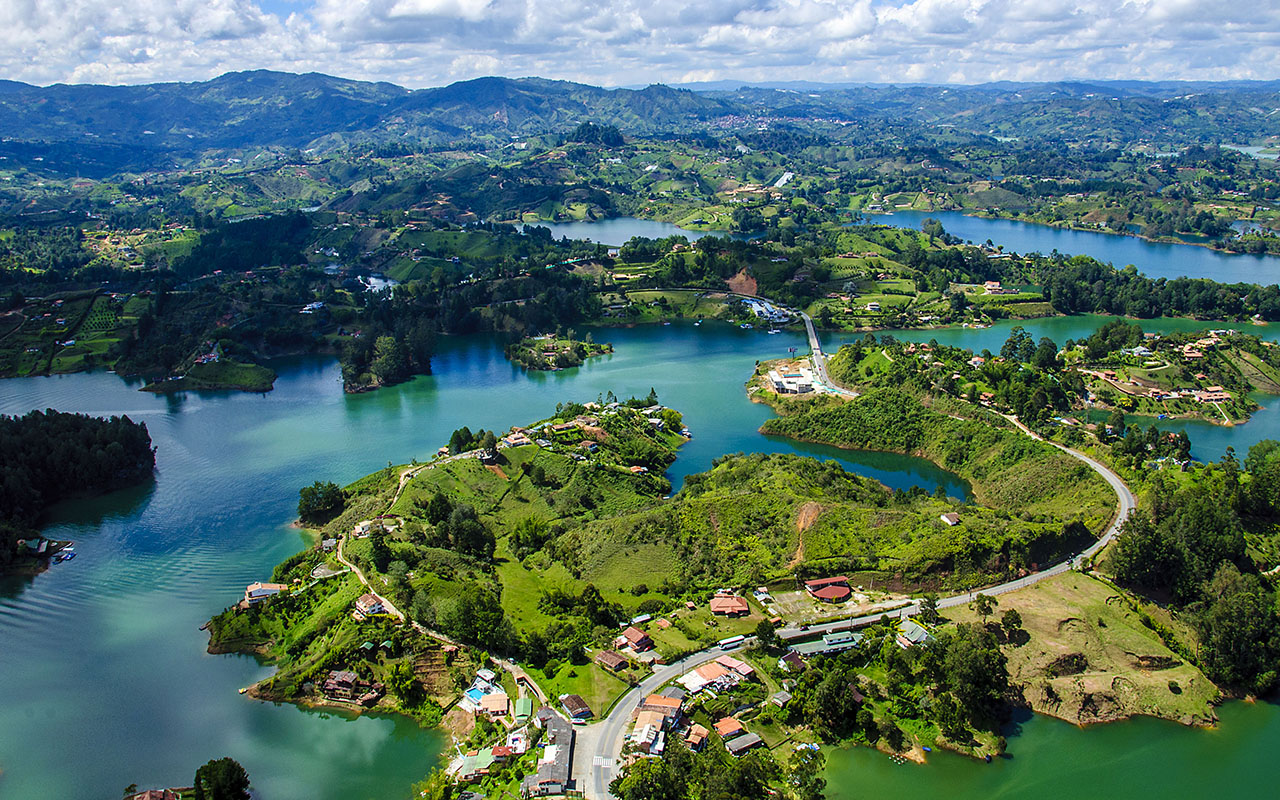 With lush forest peaks stretching out in every direction, Medellín is half metropolis and half natural resource. A bustling commercial center, Medellín is also a famous university city — with the commensurate levels of energy and innovation. The city seems more European than Latin American in its sophisticated charm and style. Headquarters to many Colombian enterprises and companies, Medellín is also the fashion center of the country. 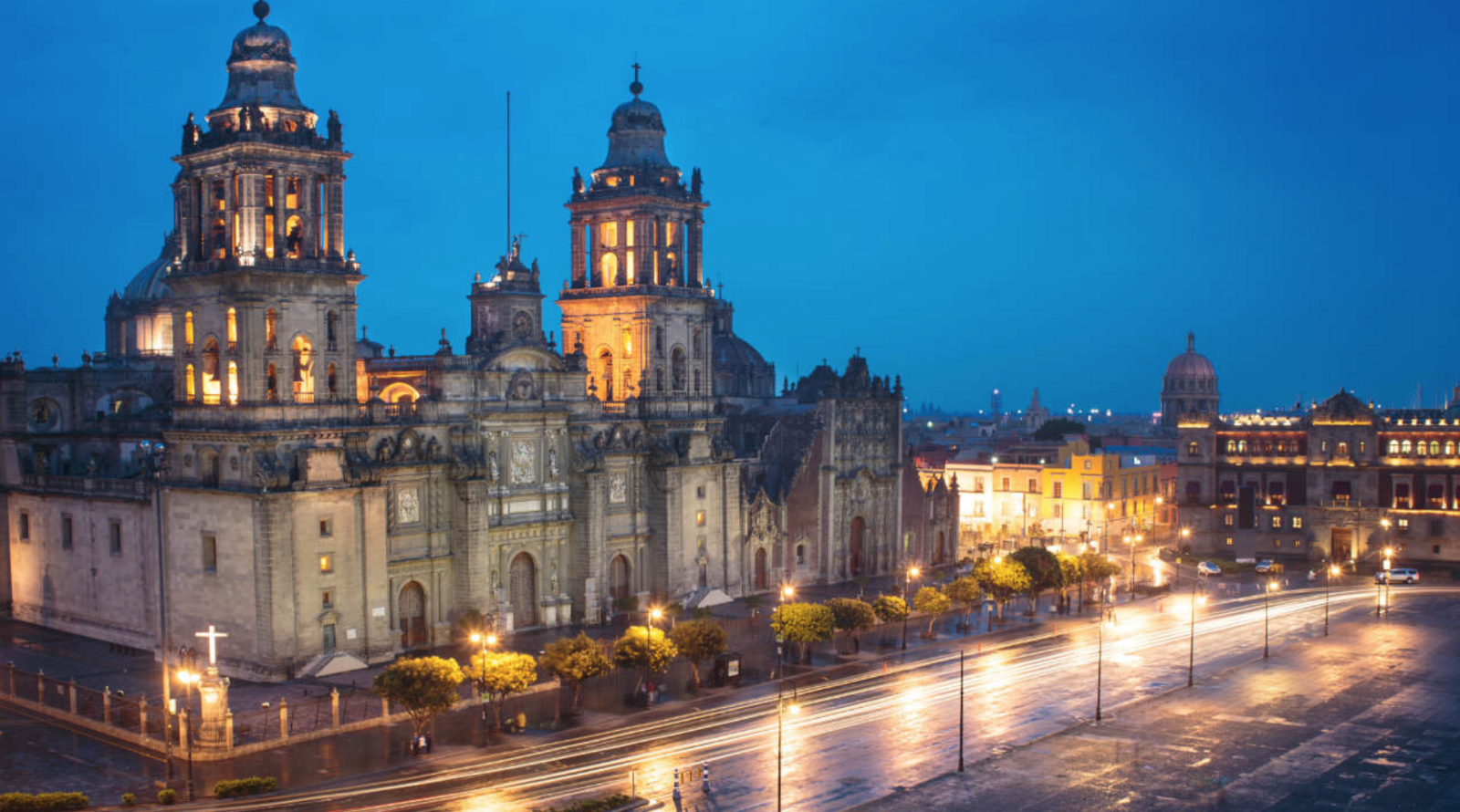 With an exploding culinary scene, a proliferation of new public spaces, and a booming arts movement, Mexico City is experiencing a bit of a renaissance right now. With a contemporary and cultured edge, the city still retains much of its storied history and colonial architecture. Go check out one of the many murals, or drop by an old-school cantina when you have some free time. One of the most important financial centers in the Americas, Mexico City is the eighth richest metropolitan area in the world. 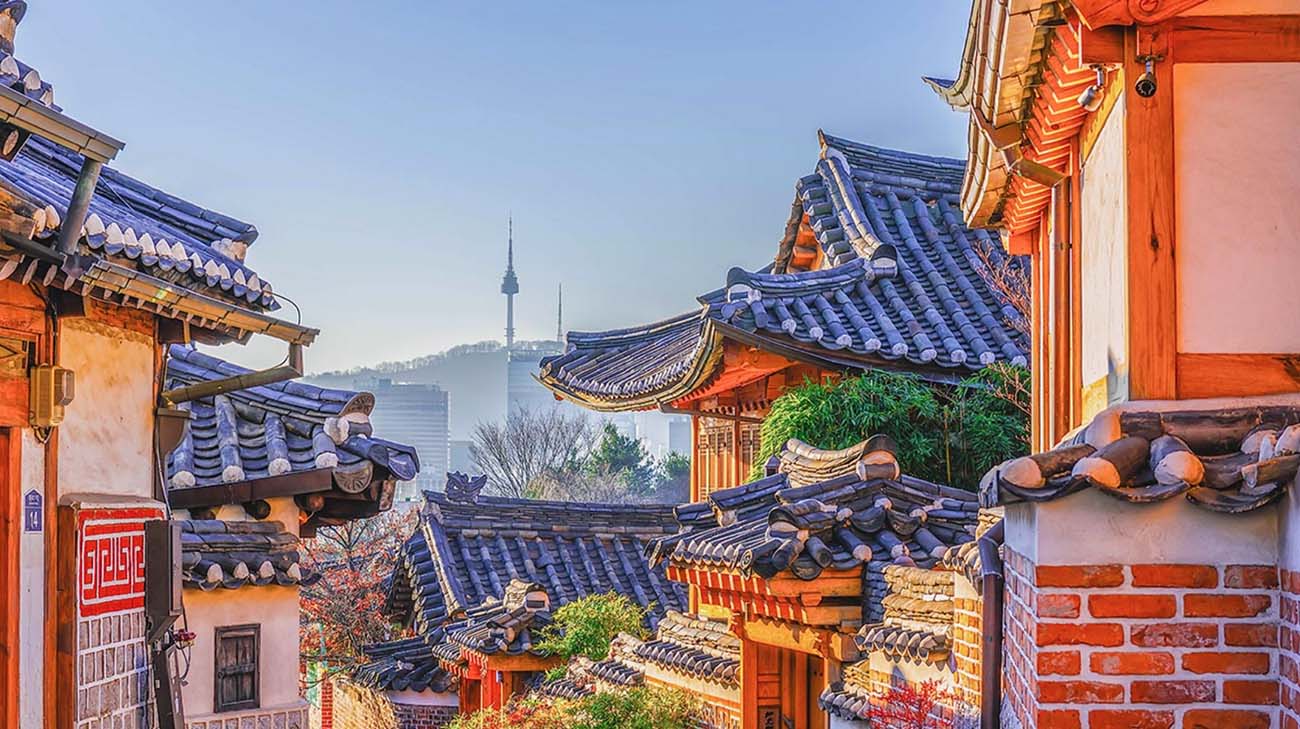 A truly non-stop city, Seoul is a dazzling metropolis with activities and attractions catering to every taste. From shopping in one of the famous night markets, to nights out in Hongdae, or a visit to one of the many temples or palaces — there’s enough for everyone. Don’t be distracted by the hustle and bustle of the capital city of South Korea, you can always escape into one of the many parks and landscaped area dotted around the city to relax. One of the financial capitals of the world, Seoul is also home to one of the largest centers of IT, electronics, and manufacturing in Asia. 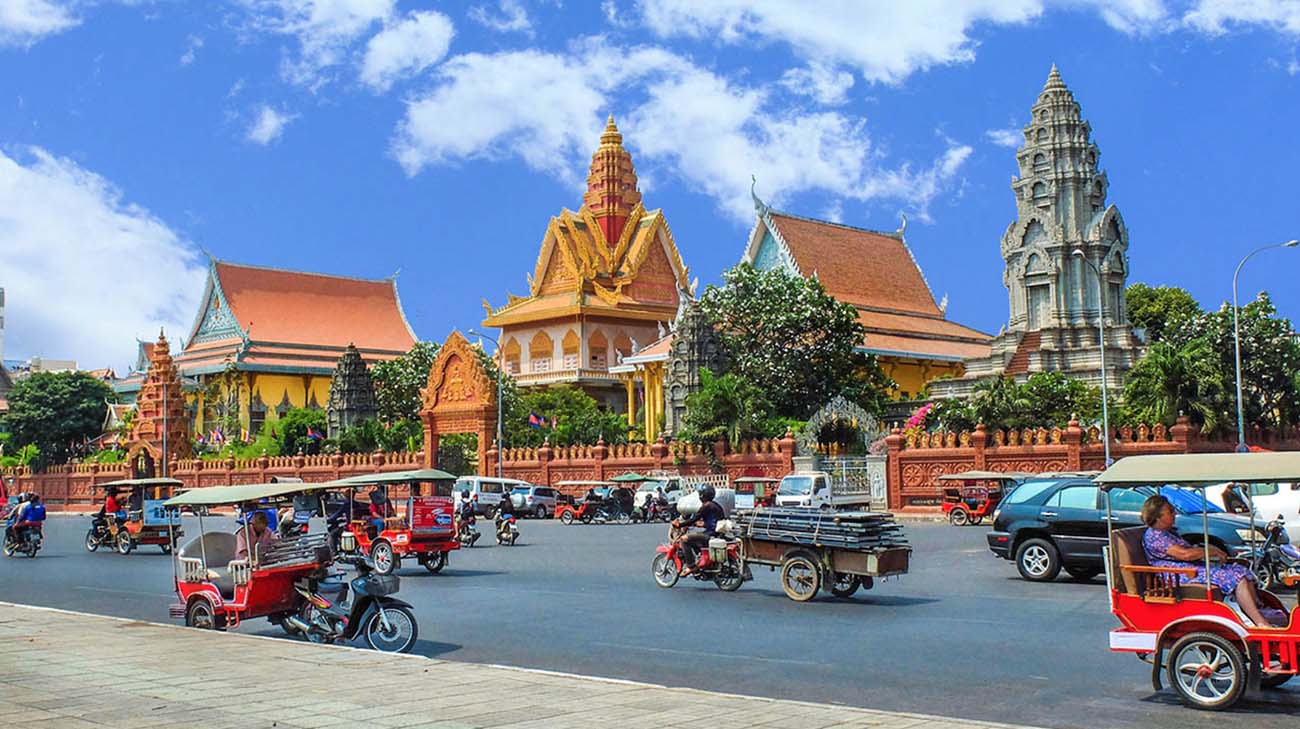 Situated where the Tonle Sap, Bassac, and Mekong rivers collide, Phnom Penh is the vibrant, bustling city of Cambodia. Many consider it to be one of the friendliest capitals in Asia. The Khmer temples and monuments found here are some of the most stunning examples of Buddhist architecture and art in the world. Once known as the ‘Pearl of Asia’, Phnom Penh’s light was dimmed by the war and revolution. But the city has since risen to take its place among the hip capitals of the region and offers a world-class café, bar, and foodie scene. 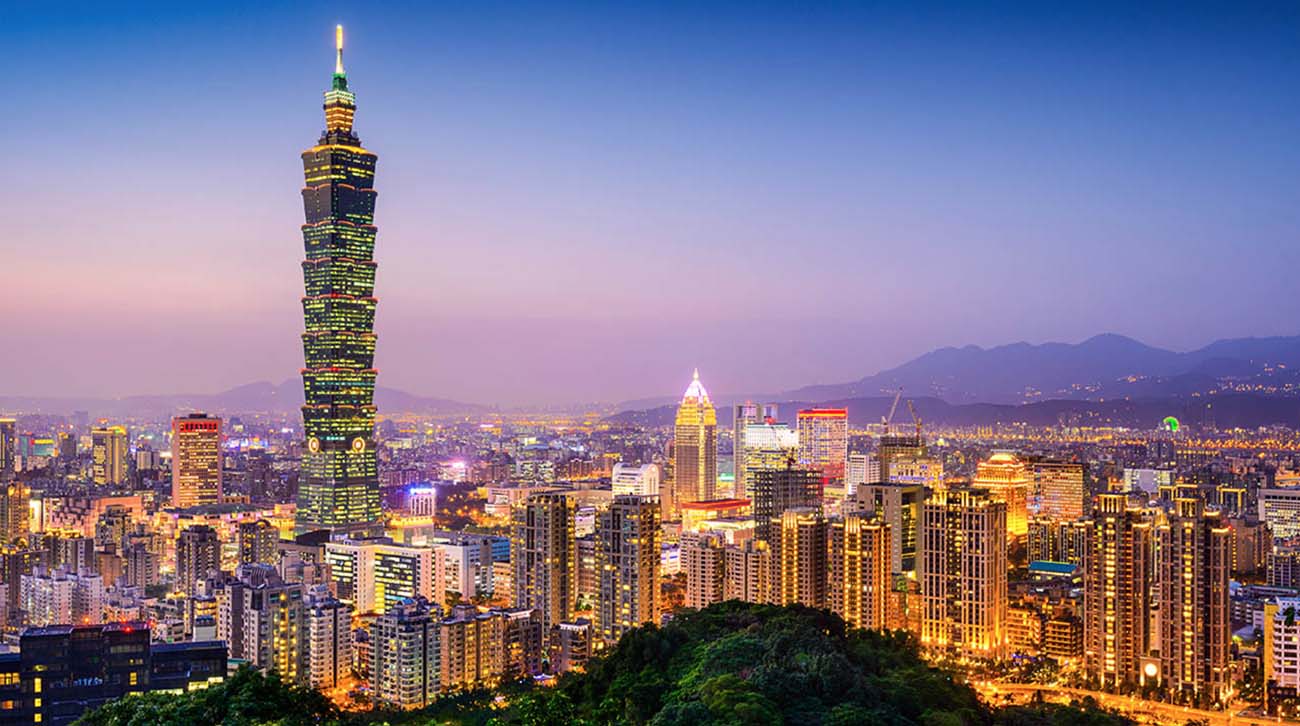 Sitting at the northern tip of the island, Taipei is a city that takes great pride in celebrating its history. The people are warm and friendly and the culture is cosmopolitan. Take a stroll through the streets and you’ll find hundred-year-old trees, riverside paths, and wooded hillsides. Urban nature is sprinkled all throughout the city. Known for its lively street-food scene and night markets, Taipei offers a range of Chinese cuisines and some of the best Japanese outside Japan. The city’s beauty lies in its blend of Chinese culture with a fusion of Japanese, Southeast Asian, and American influences. 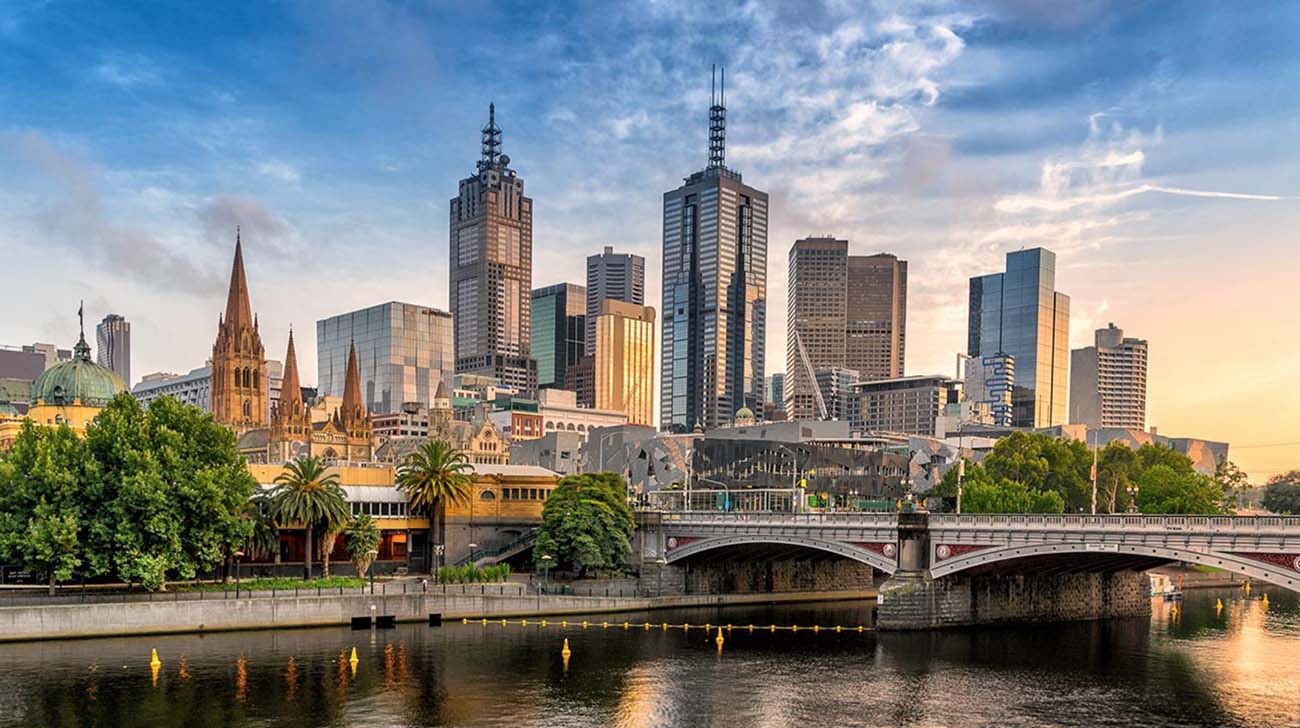 Known as Australia’s sporting and cultural capital, there’s more to do here than catch the latest tennis stars at every year’s Australian Open in January. With a longstanding reputation as being the ‘cool’ city down under, Melbourne brings plenty to the table in terms of arts, culture, food, and events. A diverse and multicultural city with plenty of shopping and a bustling business center, it’s no wonder it ranks high on every visitor to Australia’s list. Melbourne has a highly diversified economy, primarily in the services sector, and is home to five of the top ten corporations in the entire country. 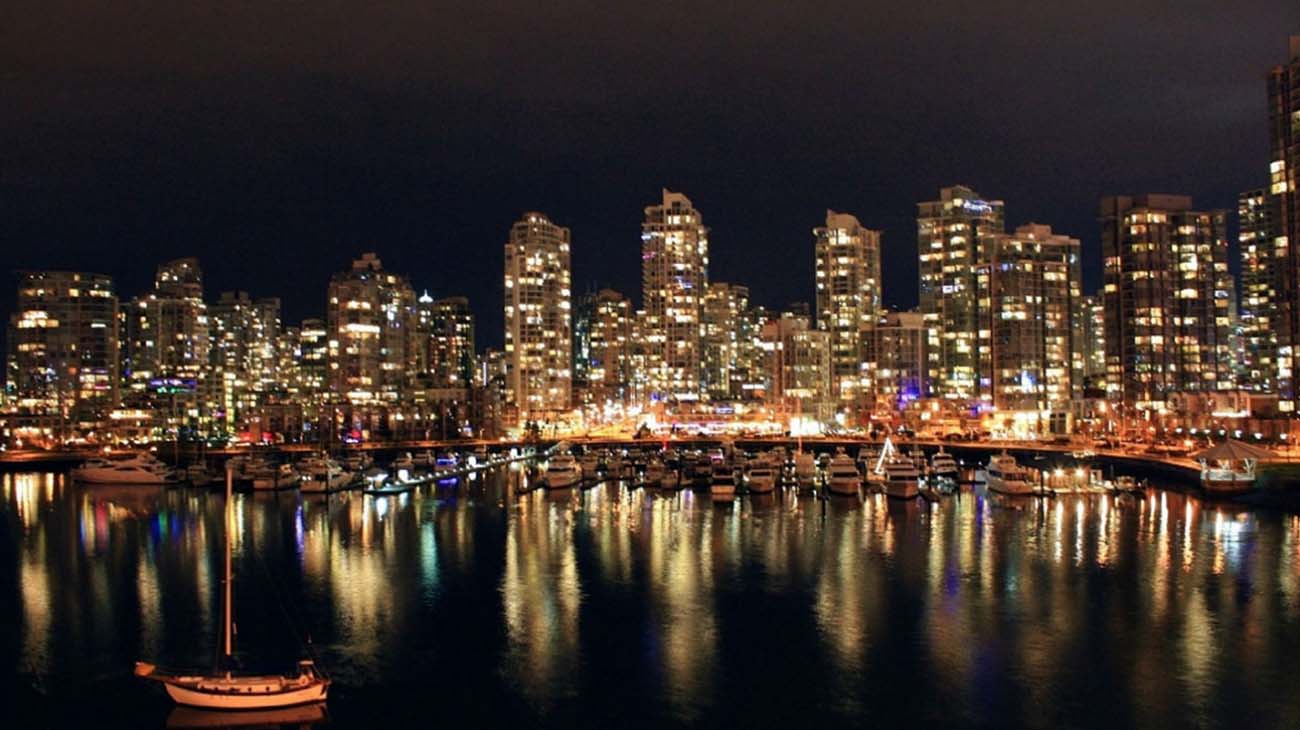 With snow-dusted mountains only 30 minutes away, many Vancouverites can wake up and ski, and be at the beach by the afternoon. With additional outdoor activities like mountain biking, hiking, and kayaking, there’s plenty to keep you busy here. If adventure sports aren’t your thing, tuck into some fresh Pacific Northwest seafood or head to one of the many parks for some live music to while the evening away. Canada’s largest port, Vancouver is also one of the busiest centers of industry in the country. 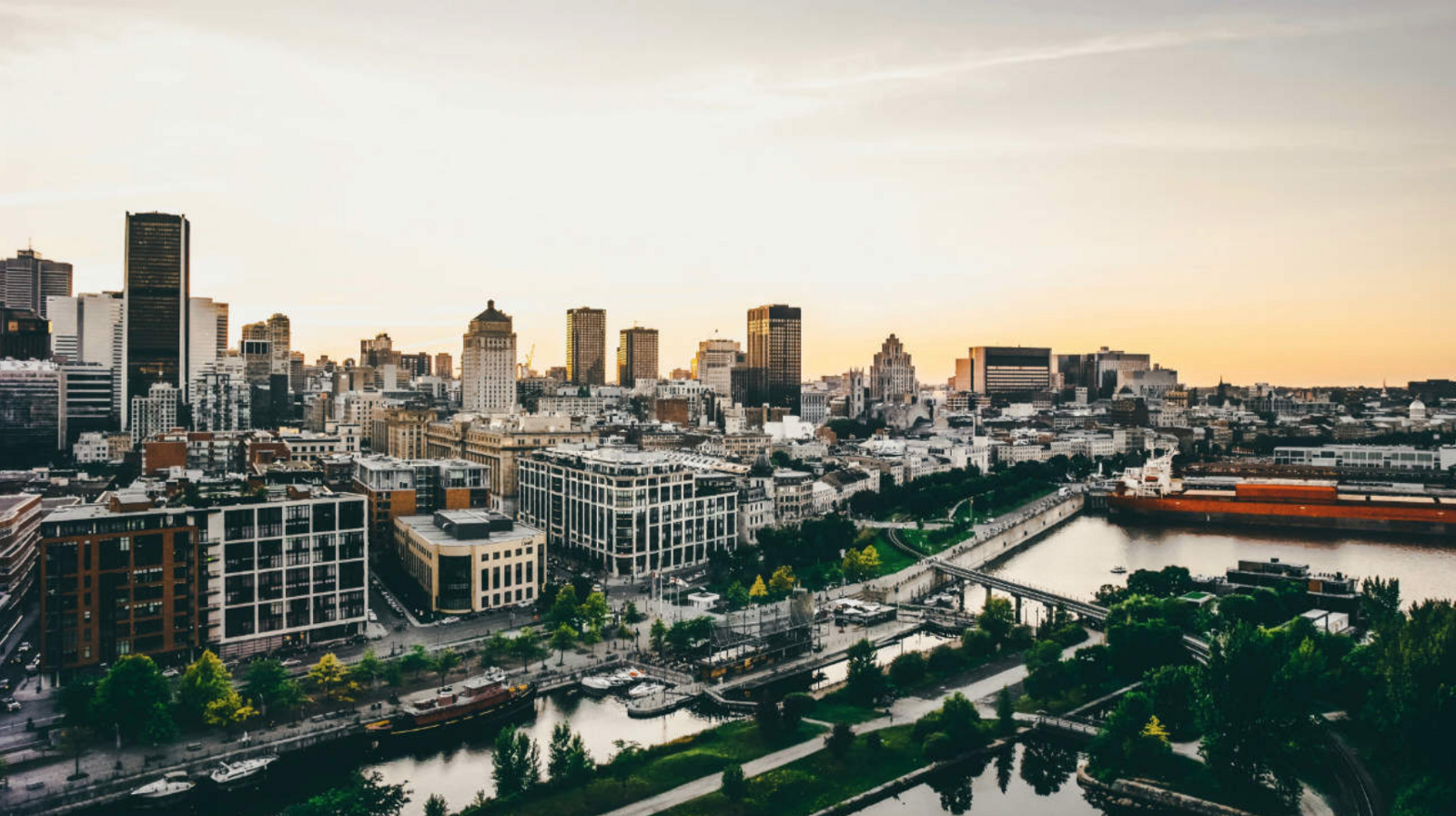 Montréal is a little bit of Europe, but nestled in the New World. With over 90 festivals a year and 250+ theater and dance companies, the natives certainly know how to celebrate. On top of the festivities, some of Canada’s most renowned chefs and restaurants call Montréal their home — so come with an appetite. The second largest economy in Canada, Montréal has just about every sort of industry imaginable — finance, technology, manufacturing, research and development, education, and more.