Stop dreaming about seeing the world and start planning. It’s less expensive and less complicated than you might think.

To show you how reasonable around the world airfare can be, we’ve compiled a list of 5 amazing RTW routes starting at less than $2,000. A lot of people are under the impression that big multi-stop or around-the-world trips are just plain too expensive to even consider. I want to be the first to tell you to stop that kind of talk. Because it simply ain’t true.

If this blog post should do anything it’s show you that you can take amazing trips to multiple destinations for only a little more than you would spend if you just, say, went to Japan and back.

Today I’ve compiled a short list of sample around the world itineraries that start at less than $2000 American dollars, and that’s after tax with our fancy post-departure travel insurance to keep you protected in case of delays, cancellations or lost luggage..

These bargain routes were chosen for their amazing starting prices. Customizations may result in higher fares–but sometimes paying a little more is worth it to get what you want. 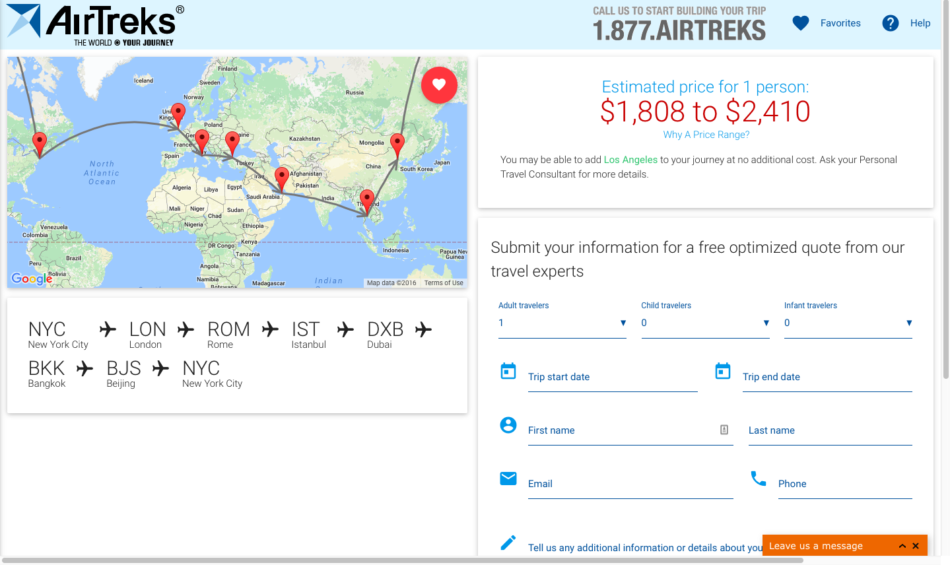 Starting at $1808 including tax. This trip includes major stops in Europe and Asia’s best-known cities. You may also be able to add a stop in Los Angeles for no additional cost.

Trip 2: Round-the-World with Bali (The Best of Europe and Asia) 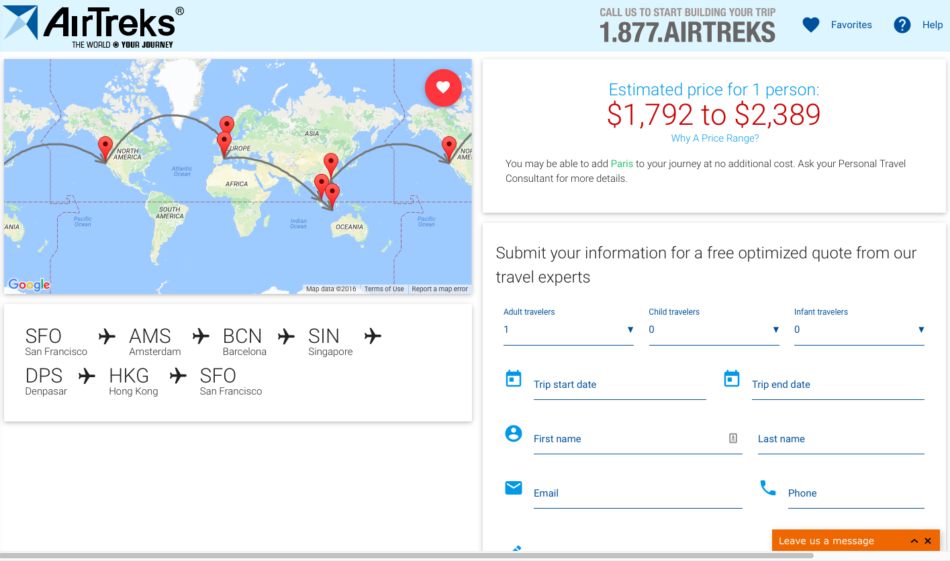 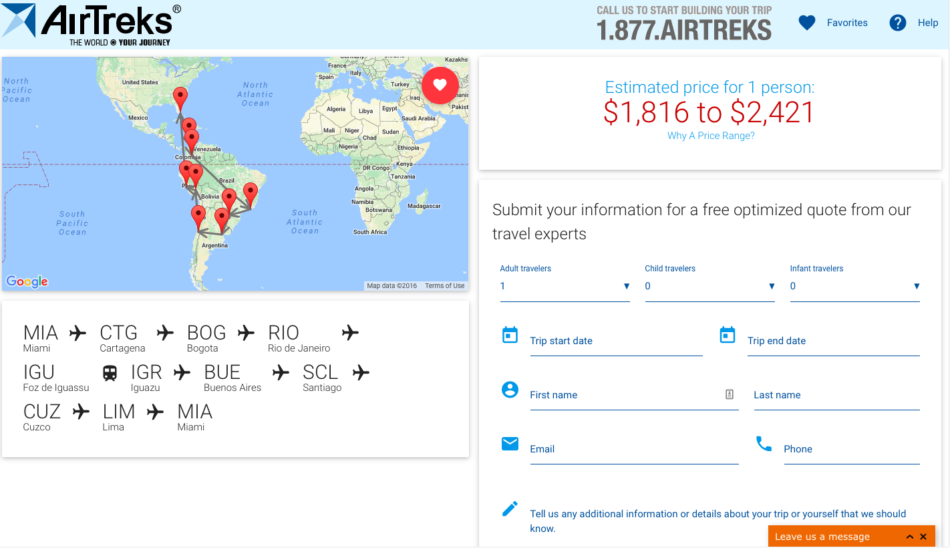 Starting at $1816 including tax. If you can take your time, and travel overland between Cuzco and Lima, you see even more of Peru.

Trip 4: The Best of Asia and South East Asia

Starting at $1581 including tax. See Asia for less than it costs to fly to Europe during high season.

Trip 5: The True Atlantic Circle (Europe and the Americas) 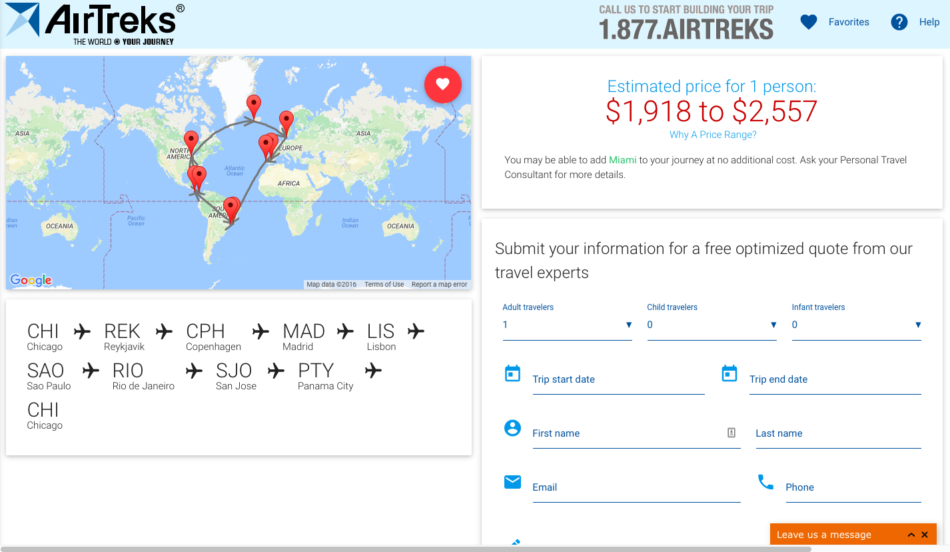 Starting at $1918 including tax. If you’d rather slow-travel and save, consider traveling overland  between Madrid and Lisbon and Sao Paulo and Rio.