If you prefer high mountain air to the stagnant city variety, a visit to Nepal to go a-trekking may be your undiscovered Nirvana. It’s a popular choice for activities around the world, so popular in fact, tourism stands as Nepal’s 3rd largest industry. To beef up that number, an aggressive campaign is being launched next year to bring a million tourists to Nepal to witness the majesty of the country. It may be an excellent opportunity to visit too, with added attention given to even the most minute of elements. You should see great improvements to the tourist infrastructure.

A  trek is basically a long mobile camping trip, conducted over a series of days whose length and difficulty vary depending on which one you do. There are dozens of varieties, not all going to Everest Base Camp. Mountain treks are conducted year round but divided into four distinct seasons, each with their own distinct flavor and each giving different experiences with regards to weather, color and photogenic quality of the mountain landscape.

Trekking doesn’t require any special skills, just stamina, good health and a refined sense of adventure. If you’re thinking of taking part in a Himalayan trek over the course of your trip here are the best times to insert it into your itinerary:

Widely regarded as the best season for trekking in Nepal, offering the most acclimate weather and skies of any time of year. Temperatures are moderate and the skies are clean and clear, allowing for the sweetest views of the mountain peaks.

Because the weather is the most well-behaved it’s also the most popular (read: crowded) time of year to trek. Expect long lines at permit offices, (more) expensive porters and packed trails along the way. 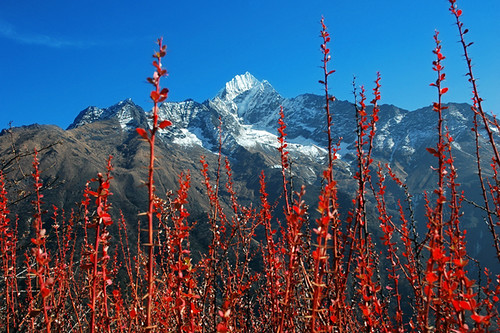 Snowfall comes mostly to the higher elevations making low elevation treks a necessity, usually under 3500 meters – it’s dangerous to be caught out in a snow storm. As far as temperature goes, it’s usually warm during the day with temperatures plunging at night, typically to below freezing. Clouds can obscure mountain peaks but in the late season they’ll be covered in snow making a glimpse of them a breathtaking experience. You can also see the villagers preparing for their spring cropping season. 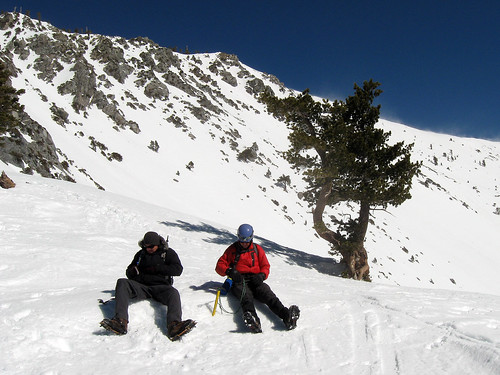 The second of the two best trekking seasons. Less crowded than the peak autumn season but still temperate, and with stunning carpets of wild rhododendron blooming in the valleys. The mountains may be disappointingly hazy when at lower elevations since the monsoon season won’t have arrived yet to cleanse the air.

This is Nepal’s wet season and many people avoid the mountain treks during this time period. It’s hot and moist but lush, with all varieties of flora blooming like it’s 1999. Botanists will be elated but simple hikers won’t see ideal conditions. It will usually rain every day making the trails a wet, slippery, leech-ridden mess, encouraging insects and a general malaise to assault your body.

To hire or not to hire

There are more trekking companies than yaks in Nepal, so finding a great one may be tricky. Make sure you do your research before committing, or choosing to set out on your own. Trekinfo.com may be the ultimate source for info about these kind of activities in the Himalayan region. Bookmark it. Read it like it was your living manifesto.

For a more first person-centric read, I found Itreknepal to be a great blog, devoted to individual accounts of the trekking experience.

If you’d like to add Kathmandu, the typical launching point for any Nepal trek, into your itinerary, click to start a TripPlanner session and include it.