A true nomad at heart, AirTreks Travel Planner, Camille Kaczmar, has been traveling the world from a very young age. She spent her early years on a small island located in the South Pacific called Pohnpei, and then her father’s job in the Air Force allowed her and her family to travel around the world while growing up. Early on, she learned that travel urges you to open your mind and engage with the world around you; to let go of the normal and embrace the extraordinary.

Currently, Camille is digital nomad-ing in Barcelona. We caught up with Camille to learn more about her transformative travel experiences around the world. 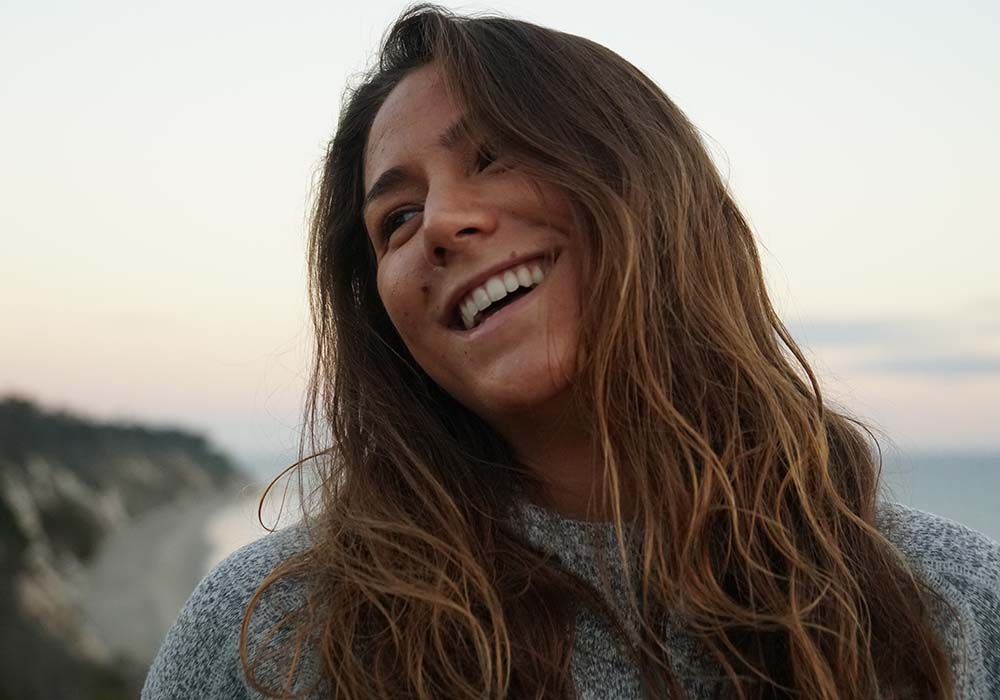 When did you take your first trip around the world? And where did you go?

Growing up my Dad joined the Air Force and we had the opportunity to live in Japan and Germany for a total of seven years. Because of this, we took things at a slower pace, and now I think I’ve adopted that same kind of mentality to my travels. I’ve done three separate regional trips since I’ve left college. I’ve spent time backpacking through Europe for three months right after I graduated; taught English in Thailand for four months and traveled South East Asia for two months more. Finally, I spent six months in 2018 traveling throughout Chile with a month in Costa Rica. Now, I’m based in Barcelona and ready for Europe round two! 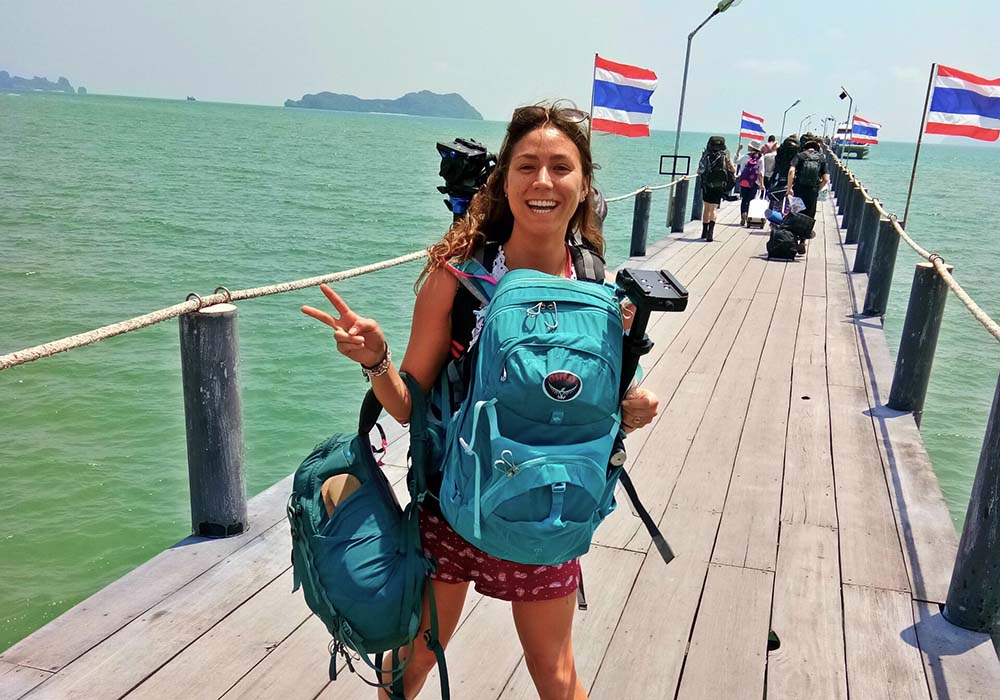 Were there any life experiences or circumstances that pushed you to go?

With the amount of moving around that I did while growing up, it only feels natural for me to continue to do so. I think having been exposed to such a variety of cultures at a young age, nurtured this interest in me to continually explore and see new things.

Were there any experiences while traveling that changed the way that you thought about the world?

Sometimes traveling can be nothing like what you were expecting it to. I think with the development of the internet and social media, some things can be presented in one light, and then appear different in reality. That’s how I felt with my time in Thailand. I think South East Asia, in general, is developing much faster than its infrastructure can handle.

In my opinion, the amount of tourism that Thailand receives is overwhelming as the country as a whole is having to accommodate with rampant demand. This kind of interaction has degraded not only the environment, with tons of plastic pollution emanating from these countries every year, but I also felt that Eastern values and practices are diminishing to make way for more Western culture. I felt I was being part of the problem and didn’t experience the area as I thought I had would. But one thing you learn when you travel is to never set expectations and to just go with the flow. 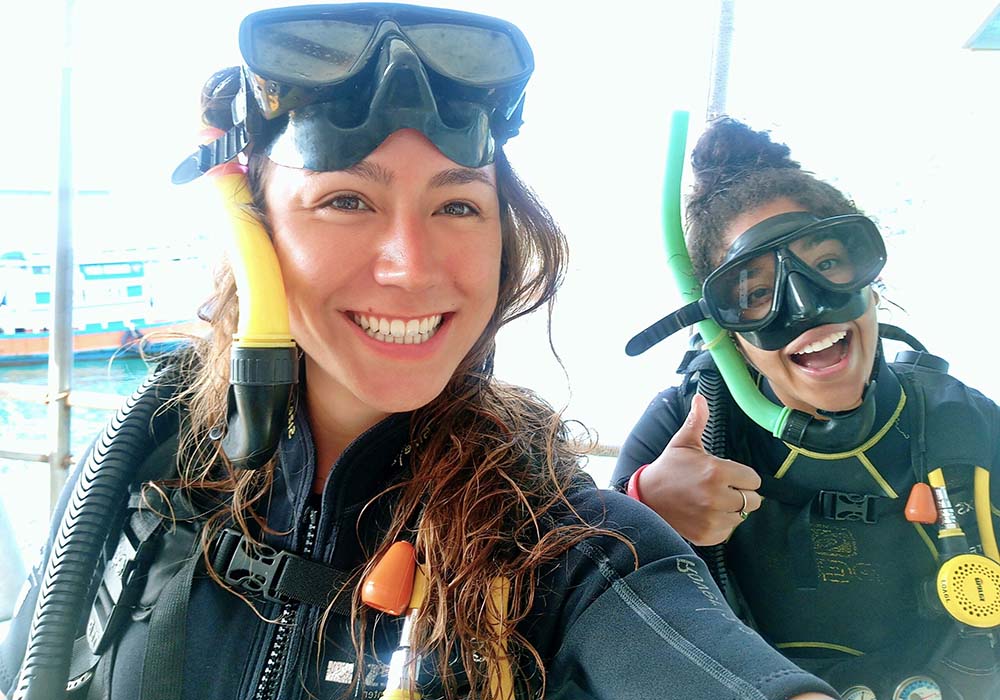 Were there any experiences while traveling that surprised you?

Well, I recently did just get robbed in Barcelona. I was in a touristy part of town and the guy snuck up behind me, ripped my purse off and ran. I tried to chase him, but he was too quick. While it was a very scary experience, I’m grateful that all he got was a purse, and everything inside of it was replaceable.

Can you share a peak and pit (high and low) moment from travel?

There’s always one day that sticks out in my mind the most. My friend and I were visiting Bali before we went off to Thailand to teach English. We had only been in the country two to three days before we decided to hike a volcano. They woke us up at 1AM and we proceeded to take a shuttle to the base of Mt. Batur, an active volcano that erupted not too many years ago. Once we arrived, we split up into groups and met our guide. It took us a number of hours to hike up to the top, but once we arrived the guides made us all banana pancakes and coffee and we got to watch the sunrise come up over the horizon and spread its light across the island. The reflection of colors off of the neighboring volcano and immense lake below was something out of a movie. The clouds hung low behind us as the sun eventually evaporated all of them away. Leaving the volcano, my friend and I thought it lively of us to continue our adventurous day with a cruise down the Ayung River for some white water rafting. Swimming under waterfalls and floating down the river is a great way to cool off in the hot and humid afternoons. But I think my favorite part about this whole day was our tour guides. The Balinese people are some of the most friendly and welcoming I’ve ever come across.

Everyone has their highs and lows while traveling, but if you let it get to you and ruin your experience you’re missing the point. Traveling isn’t supposed to be all fun and games. Yes, while it’s obvious that we never want to run into problems, that’s rarely ever the case. Traveling is supposed to be a moment in time that helps to change who you are; to help you learn and grow. If you can come out of a bad experience learning something new, then you’ve already surpassed so many others in life who will never understand this.

Who was the most influential person you met along your path?

That’s tough to answer! I’ve met so many amazing people along the way. I think the relationships with the people that I’ve taken my trips with are what I value the most. Traveling with another person can either make or break your relationship. You’re essentially with someone 24/7. You stay at the same time hotel, eat at the same time, decide what tours to do and so on. It’s like being married on steroids. Some people will get along and others will never speak to each other ever again. I was warned this before my trip and my friends and I knew that we’d get on each other’s nerves but by the end of it, our friendships are stronger than ever. While yes, of course, we had our issues, we’re now so much more honest and open with each other. It’s a great experience to be able to share the adventure with another person, and to create memories with someone you cherish will be something you’ll always have for a lifetime. 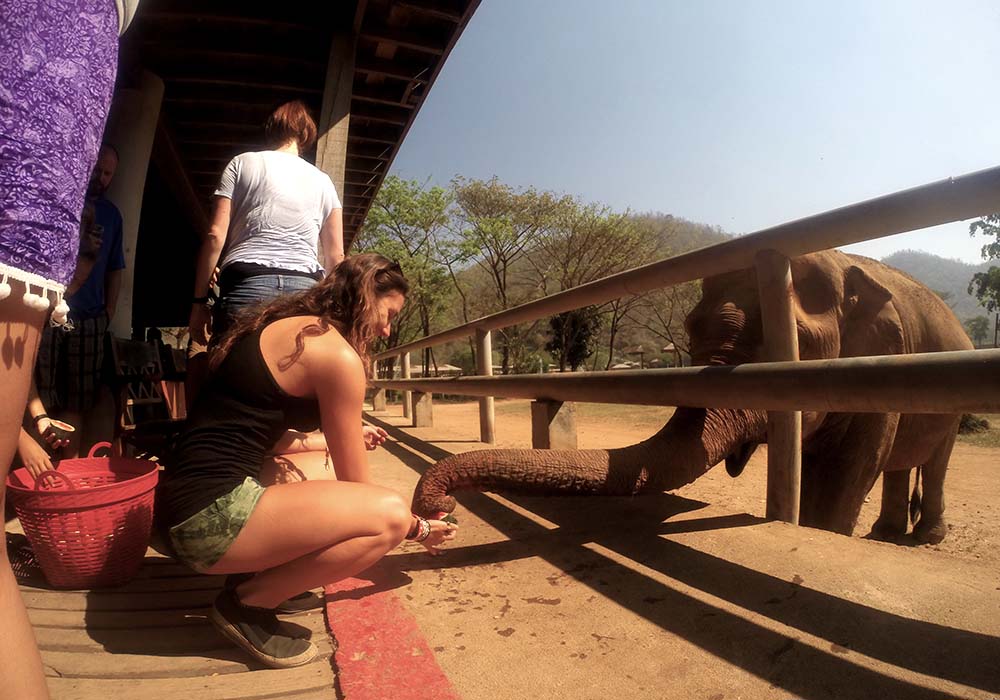 Why should someone take an around the world trip?

I’ve never been one to sit still and stay inside my comfort zone. Being uncomfortable is one of the best things you can do for yourself. It allows you to be resilient, to stay on your toes and constantly learn new things. I think learning is actually what I love most about travel. You gain a better understanding of yourself and the connection you have with the world around you. You discover new friends and lovers and develop your relationships further. But best of all you experience new cultures and put into perspective the history of our past, which has brought each and every one of us to where we are today. Traveling allows you to be grateful for what you have, not what you don’t.

Want to #TrekTheWorld like Camille? She’ll help you build your own trip. Reach out to her here!