Now that you’ve recovered from that spasmodic fit of laughter, yes, you read that right. There are airports on this planet that offer forms of entertainment while you wait for your flight. As hard as that might be to imagine.

It’s a new era after all. One that has businesses actually making efforts to please their patronage, as opposed to frustrating them into obedient stupors. Inasmuch as airports are utilitarian – point A and B so to speak – some go out of their way to give people a pleasant experience, even to thrill or relax them, which, given the current climate, does seem a little odd.

Today I’ve compiled a list of airports in the world in which there are options other than $7 beers or plastic seat wastelands and dirty carpeting. 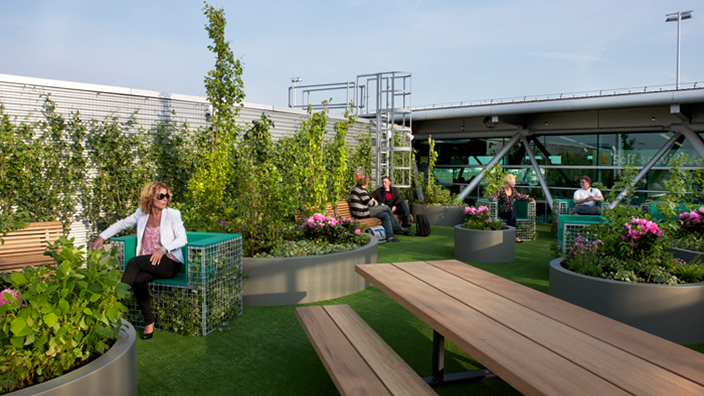 Consistently one of the world’s most innovative airports, Schiphol not only offers travelers an annex of the Rijksmuseum, and a library, but have recently installed an actual park for those interested in a spot of green with which to recuperate. Called, unsurprisingly, Airport Park, the space is located both outdoors (on a terrace) and indoors, giving you solace no matter what the Northwestern Europe atmospheric condition. There are chaises to lie on and what may even be real grass to snuggle your toes into.

Airport Park is located beyond passport control in Lounge 1 above Pier D. 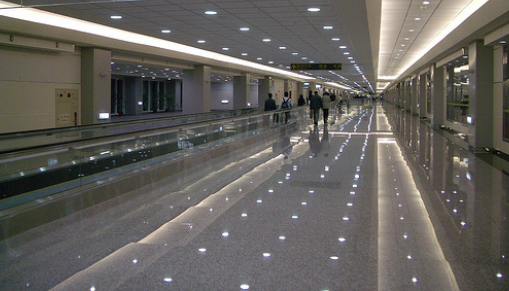 In what may possibly the world’s shiniest airport, there’s a nice place to relax over a good book. Taoyuan now has the world’s first ebook library to catch up on your literature. They currently claim 400 books on their virtual shelves, accessible by a selection of thirty iPads and e-readers (first come, first served).

Sadly there’s no way to download the titles to your own e-reader, but at least you can take heart that this new technology is being embraced by governments and industries around the world.

In addition to Taoyuan’s electronic books collection, 2000 analog titles are available to read while you’re at the airport. Just hope you don’t have a layover long enough to get through Dostoevsky’s The Brothers Karamazov. That would suck. 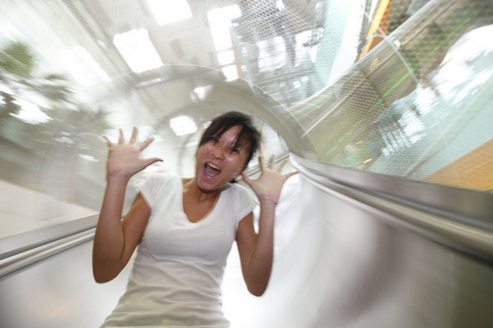 Okay, you just knew Changi would be here. For some reason the administration at Singapore’s airport is trying desperately to outdo every other airport in the universe, and with things like this, they might actually do it. A giant slide! If that doesn’t make your airport connection incredible there’s no saving you.

The Changi slide is located in Terminal 3 and is, pretty obviously, the world’s tallest airport slide. It stands at a height of 39 and a half feet (4 stories!) and allegedly launches you downward at speeds of 10 feet per second.

Perhaps built to repay some lost bet with Carsten Höller, the management says the slide was installed to help drum up sales for their duty free store – every $10 spent gets you a ride down the slide. Which is great. Get your giant bottle of vodka and your martini shaken as you ride down this epic attraction.

To see the making of Singapore’s T3 slide, click here.
Check out more photos of the slide from the fans of Changi Flickr album. 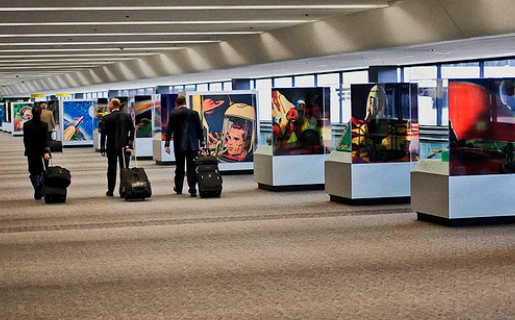 SFO airport hangs out on the cutting edge of technology and elegance as only a city like San Francisco can muster, what with the reopening of the slick Terminal 2 and the arrival of the A380. SFO international terminal has fully curated museum installations throughout the pre- and post-passport control areas. Since 1980, SFO has been showcasing artworks in their halls and open spaces and rotate the work continuously.

Here’s a map of the complete exhibits and where you can see them.

There’s also Hiller Aviation Museum located 15 minutes south of the airport proper. It involves some legwork to get there but may be worth it to see the Boeing 2707, Boeing’s ill-fated Concorde rival. 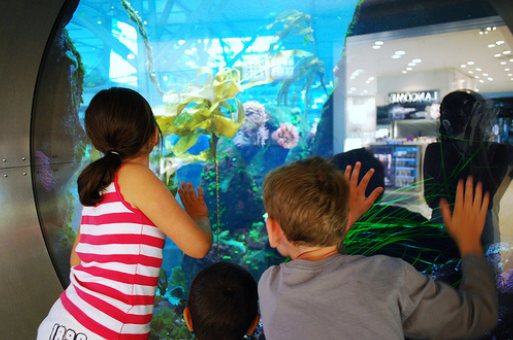 In traditional Pacific Northwest style, Vancouver International brings a 30,000 gallon fishtank for their departing and connecting passengers to marvel at. Part of a $400 million dollar International Terminal renovation, the massive aquarium houses 1,000 different native marine species including anemones, rockfish, starfish and special tank with over 100 moon jellyfish. They have a frequent rotation of new marine animals to keep it fresh if you happen to be returning to Vancouver.

The aquarium lies before passport control in the International Terminal. Follow the “Salmon Stream” that runs through the hall. You can’t miss it! 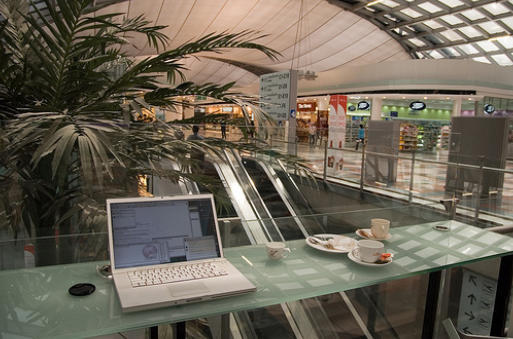 Of course if no other attraction keeps you busy when you’re waiting around, there’s always your laptop. More and more airports are offering free wi-fi for their travelers, so if you’ve got one, why not read through the AirTreks Travel Blog posts, or take a spin on TripPlanner and see where your next trip might go.