Finally the cold winter weather is starting to subside in the northern hemisphere, giving space for spring to shake things up and give everyone a reason to celebrate with some spring festivals around the world!

March, April, and May are full of festivals and events all over the world, giving you an opportunity to experience the best of a country’s culture – or simply an excuse to party and go crazy. 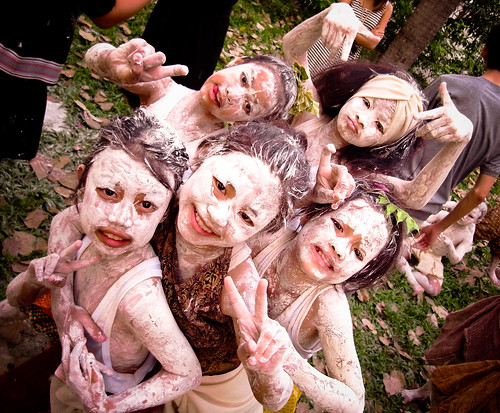 In Thailand it is time to celebrate the coming monsoon season, which will bring the rain many have been longing for. They celebrate it with a festival called Songkran, where people head out to the streets with water guns to spray everyone who walks past. If you walk on the streets where the festival is celebrated, prepare to get soaked! Get yourself a water gun from the nearest 7/11 and join in with the play fight!

» Price a custom around the world itinerary to these spring festivals 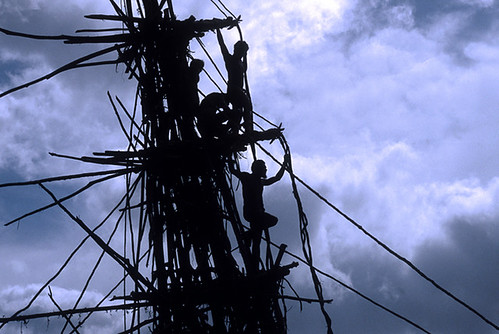 Every year villagers come together to celebrate the harvest of yams, an important staple in the people’s diet in Vanuatu – the festival is most famous for its “land diving ceremony.” During the ceremony, men and boys dive to the ground from high rickety wooden towers – with only two thin vines attached to their ankles!

It gets worse – the divers’ heads have to lightly touch the ground when they jump – something which is very dangerous if the vines aren’t measured properly. The heads touching the ground are said to fertilize the soil, promising a good harvest. This celebration was really the first “bungee jump” invention, which inspired the New Zealander AJ Hacket to invent a safer and more modern version.

Dates: Every Saturday from beginning of April until May. 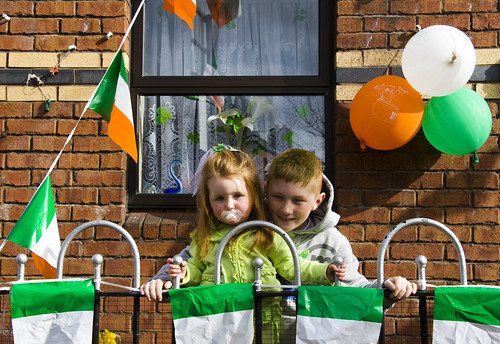 The infamous St Patrick’s day is today celebrated in many countries around the world, but the best festival is arguably where the tradition comes from – Ireland! In Dublin, the festival is celebrated like nothing else, with big parades and practically everyone is dressed in green and have painted their faces, looking to have a crazy time.

The downside to this festival is that it can get pretty rowdy and you can count the few sober people in town on one hand. But there are other things to do than just drinking copious amounts of Guinness – Dublin will host several events throughout the festival, from street theaters to comedy nights and of course there will be lots and lots of Irish music.

The cherry blossom season has a huge importance to the people of Japan, who celebrate the days when the flowers finally blossom, and when they only a few days later fall to the ground, like pink snow flakes.

This is one of the most beautiful things to see, and in Japan literally everyone has picnics in the parks to view the flowers.

Dates: The cherry blossom season varies from year to year depending on the weather forecast, but this year most of the cherry blossom trees will be blooming during the end of March and early April. 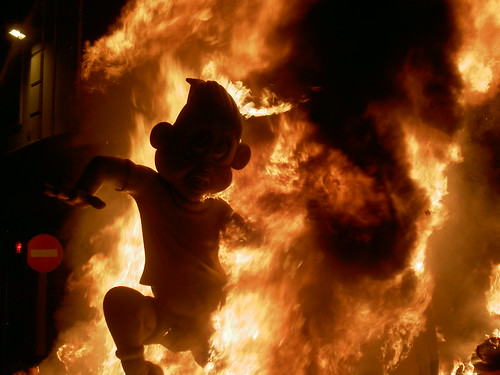 Valencia brings in spring with a big boom – literally! While in the middle ages the arrival of spring was celebrated by carpenters throwing their gas lamps at a piece of woodwork, today the citizens set fire to hundreds of massive papier-maché figures stuffed with fireworks.

These figures have been prepared for months in advance and every local community wants to outdo the other with the most impressive figures. The five day long event is filled with bullfights, paellas, fireworks and everything Spanish!

What are your favorite spring festivals and events?

This post was compiled and written by Sofia from the travel blog As We Travel. Visit: www.aswetravel.com