This article is by journalist Laura Lippstone, who booked her trip around the world with us back in May. Happy to have her writing today about her experience on the AirTreks Travel Blog.

Unlike Liz Gilbert, author of Eat, Pray, Love, my quest to take a round-the-world trip had nothing to do with finding myself; but rather to see the places I’d never gotten around to as a journalist and travel writer. And might never if I didn’t jump on it fairly soon. Yeah, time for this baby boomer to take that bucket list seriously.

Curiosity and the desire to reunite with old acquaintances had me dreaming about flying from the Philadelphia area, where I lived, to South Africa, the Maldives islands in the Indian Ocean, India, Tasmania, San Diego, and back to the East Coast.

In essence, four continents: North America, Africa, Asia, Australia. With just a carry-on (including detergent) and my laptop and Skype.

Hey, I was a crackerjack researcher and world traveler who’d organized my own trips for decades. How hard could this be?

First, I checked the major airlines. Many team up to offer round-the-world tickets. The prices were staggering: More than $7,000. That’s a lot of car payments. And that didn’t include food and shelter.

On top of which, some of those partnerships didn’t fly where I needed to go. My trip came to a screeching halt.

Back to the Internet, as I reluctantly abandoned the idea of doing it myself. Then, ahhh, I found AirTreks. Instantly relieved. All of my research indicated this wasn’t a fly-by-night company. It had been helping helpless folks like me for almost a quarter-century; with rave reviews, as far as I could tell.

Its interactive map was much more user-friendly than the airline partnerships’ cluttered sites. I was able to endlessly add and subtract,  getting a good idea of costs before booking the ticket. The prices were much more in line with my budget.

I decided to slash costs even more by using frequent flier miles for the first leg of the trip from the U.S. to South Africa. I also had a free ticket (a reward for voluntarily being bumped off a flight) to get from San Diego back home to Pennsylvania.

There was a lot of globe to cover between South Africa and San Diego. That’s where AirTreks came in.

No problemo. Unlike the airline partnerships that often have route restrictions, AirTreks allows starting or ending anywhere.

They were much nicer than the impersonal airline call centers. The same patient person held my hand over the phone, so to speak, as I changed my mind more than a few times. And offered cheaper alternatives and helpful feedback. He was no slouch in the travel department, either; I could tell he’d been around, too.

Embarrassed to admit I momentarily freaked when it was suggested I could save time and money by flying some Middle Eastern airline from South Africa to the Maldives. The carrier in question was Qatar Airways; and I would have to change planes in, uh, Qatar, with only about a half-hour to spare.

B-b-but I was Jewish and American and from The Bronx; and how would that all play out (especially the Bronx part) in this place I knew very little about? I was assured by the nice folks at AirTreks and Qatar Airways (yeah, silly me called ’em) that it would be just fine. Gulp, OK. Truth be told, I was excited by all the intrigue.

The final cost was just under $3,000 (your mileage may vary), less than half the airline partnerships’ fares. That included free medical and trip interruption coverage. I also shelled out $200 more for cancellation coverage, ’cause hey, you never know.

I opted for least-expensive and direct. Which meant the thrill of flying on several airlines I either had no experience with, or had never heard of. If I had wanted familiar airlines and frequent flier miles the whole way through, that would have been possible too. AirTreks offers lots of alternatives. (As it turned out, I did rack up some miles after all.)

There was only one schedule change before the trip started. Other than that, it was smooth flying all the way. AirTreks helped me with an Australian visa, and emailed me a list of e-tickets. That got me boarding passes all the way through.

BTW, Qatar Airways was the best of the bunch. Even in economy, the meals and entertainment (almost as many video channels as my home cable) were top-notch. And I amazingly made my connection in plenty of time. Those guys were good. 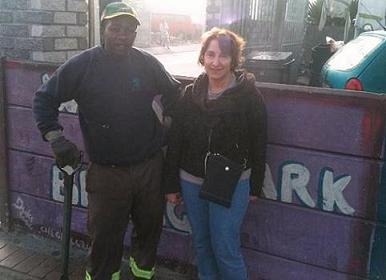 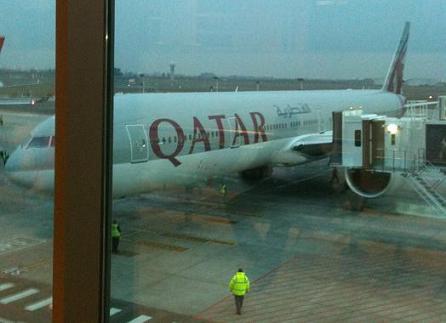 On tarmac in Cape Town, heading for Qatar. 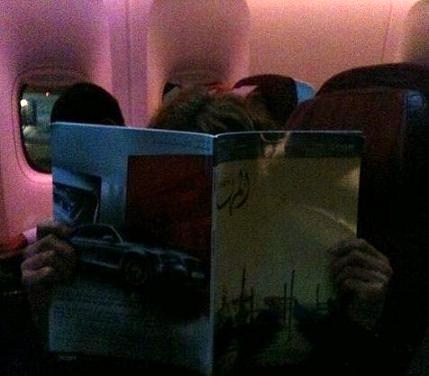 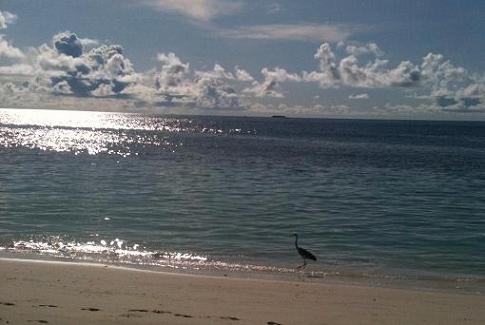 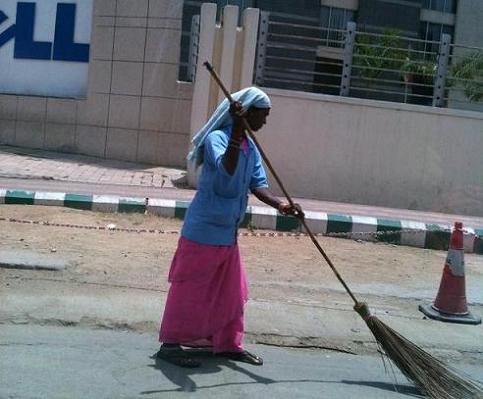 Old and new at a Dell headquarters in Hyderabad, India. 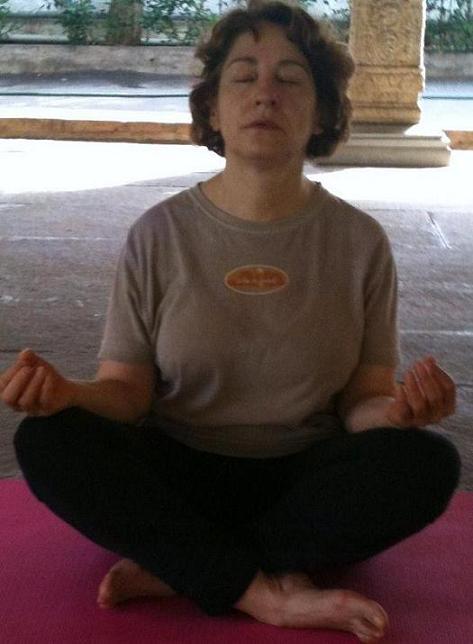 Practicing yoga in its birthplace — India. 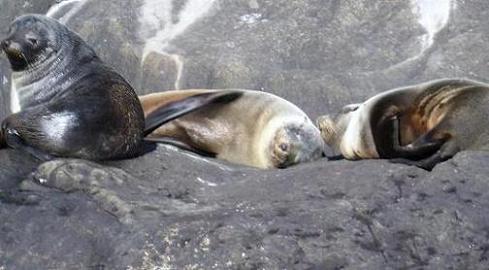 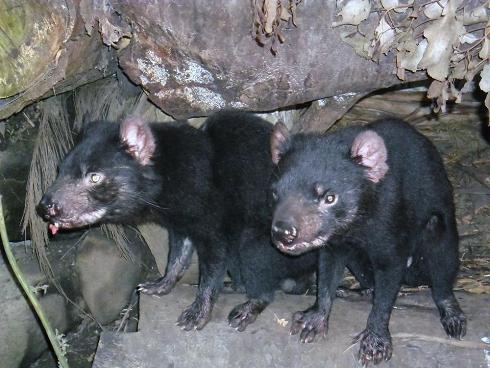 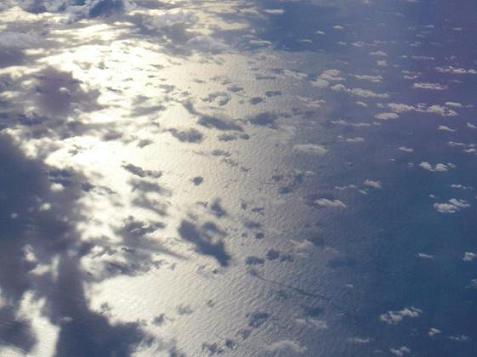 Flying over Pacific, from Australia back to U.S. 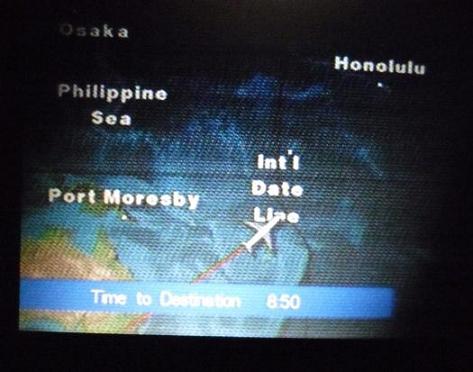 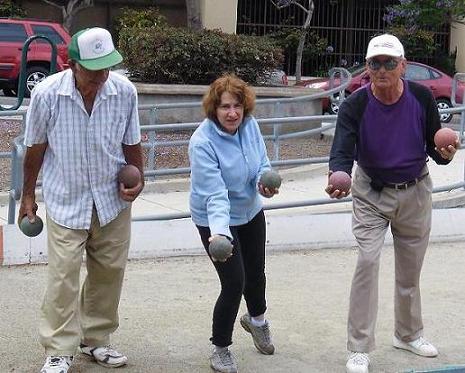 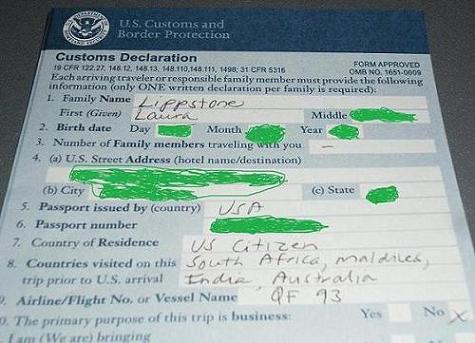 Hard to believe I did it. Thanks, AirTreks.